10 items of clothing for a perfect wardrobe

By now we are all in agreement on classic clothing that must not be missing in a perfect wardrobe capable of always getting dressed. But if we had to talk about those really timeless items, which year after year, fashion week after fashion week, trend after trend, have remained an index of style and elegance? It is true, some go to taste and not everyone likes them, but in the end they are the ones who made and continue to make the history of fashion. They are those clothes and accessories that really don’t fear the passing of the years.

In the nineteenth century the jacket was one of those items of clothing that was worn only with the day dress. Then it began to be part of the riding outfit, the sailor outfit and also the ski one before becoming the passepartout clothes that we all have today. Among the various typologies, the most classic and always impeccable remains the plain blue one. In marine style even better. 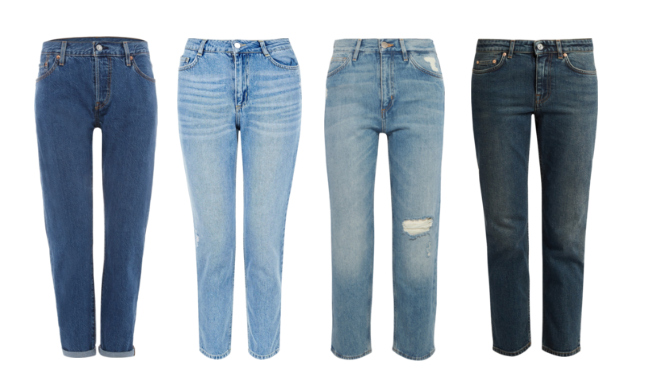 The jeans were invented by the tailor Jacob Davis in 1871 and patented with the name that we all know Levi Strauss. From there it is history. Infinite colors and models of jeans but those with a cigarette, or Straight Jeans, remain without a shadow of a doubt that classic and timeless garment that we have all worn at least once in our lives.

The loafers made their appearance around 1932 with a model inspired by the shoes of the Norwegian milk milks and the Laplanders. The real boom started in the 1930s, but the Gucci and Fratelli Rossetti brands remain without a shadow of a doubt. Their models rarely miss a beat. But personally I would add a nice TOD’S. Among all the clothing, they are the ones less loved by the crowd, which still binds them to a somewhat antiquated style. 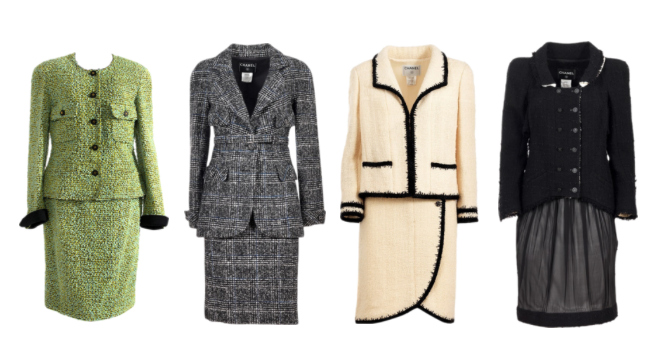 The tailleur is already a symbol of style in the 1890s but with Coco Chanel in the 1920s it reaches its peak. His outfits made history and let’s face it, they still do it despite the scenographic fashion of catwalks. Little to say about it, just look at the cuts, lines, finishes, fabrics. Pure perfection. It is no coincidence that Zara offers similar ones very often. 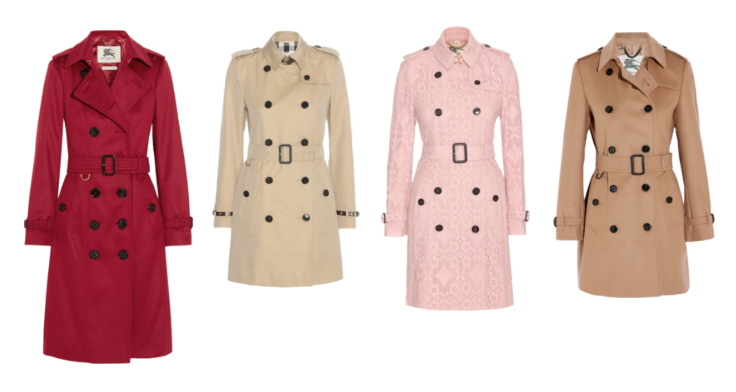 The military raincoat designed by Burberry was called a “trench coat” just by the English soldiers of the time who used it. Made specifically in a waterproof gabardine they probably would never have thought that after some time it would become and remain a real must. It dictates rules every year and is one of those clothing capable of being worn without ever getting tired.

In past centuries it was used first as an intimate garment and then as a workwear but it was in the 1950s and 1960s that the white t-shirt began to establish itself. It is characterized by its typical “T” shape given by short sleeves, round neck and straight bust cut. Anything you wear it is always good and with the right accessories it acquires all the charm that it may lack. It is no coincidence that I started to create funny white T-shirt models too.

From the 30s to today this knitted combination immediately becomes chic. Composed of a cardigan and a coordinated underlying shirt, it is absolutely preferable in cashmere. It must be said that the cardigan should be left unbuttoned but in any case it will be a success. The twin set is without a shadow of a doubt in those classic and timeless clothing absolutely to be had. And no, if you know how to wear it well, it won’t hurt you next door.

The Hermès scarf, strictly silk, is one of the best-selling accessories in the world. Between those who dream of it and those who have one for each day of the week there remains that single square of handkerchief cloth capable of giving us a certain touch of class in any way you wear it.

There is no accessory that evokes elegance like a pearl choker. That it is from one or seven threads does not matter, much less if they are fake. Just think of Jacqueline Kennedy, famous for her triple strand of pearls, which only after death turned out to be a very simple bijoux. The only important thing to always check is the frame. It must be impeccable with small knots between one pearl and another.

The first wristwatch of this famous French jewelry dates back to 1904, the “Santos“. Watches famous not only for high-level design with precious materials but also for technology. To date, Cartier watches remain in pole position in terms of elegance and style not only for men but also for women.

Personally, I do not settle on white t-shirts, trench coats, moccasins and a blue jacket while I have something wrong with the twin set. And you? What are the timeless classic clothing items you would not want or could never do without?

Outfit: How to wear a mini bag with an elegant look

The 10 shoe models that never go out of style

How to choose the perfect white t-shirt

3 must have by 10 best fashion brands in the world