I recently wondered what the best online fashion information sites were. There are an infinite number of blogs, magazines and those taken from newspapers. But what are the ones that most people really take seriously? After several searches I noticed that, perhaps for obvious reasons, they all belong to newspapers. So basically in this post we also find out which are the 10 best fashion magazines.

In alphabetical order so as not to wrong anyone.

American women’s monthly with 58 international editions, printed in 34 languages and distributed in over 100 countries. Cosmopolitan first appeared in Italy in the early 70s with the name “Cosmopolitan Arianna” published by Mondadori. In 2011 it passed to the Hearst Magazines Italia publishing house. Of all the fashion magazines, it is the one I read the most. 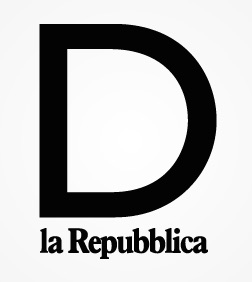 Weekly magazine attached to the daily La Repubblica that comes out on Saturday. The Espresso Group launched him in 1996.

French monthly magazine launched in the autumn of 1945 but initially it was a weekly. Of all the fashion magazines, it is the most popular in the world with 42 international editions in over 60 countries and 16 websites dedicated to her.

American fashion and company monthly founded in 1939 with the original name of “Glamor of Hollywood“. In Italy he landed in 1992 and unfortunately closed its doors at the end of 2019. I was infinitely sorry because it was one of those fashion magazines capable of speaking to every target without ever getting bored and I dreamed so much of being able to write for them.

Italian women’s weekly published by Arnoldo Mondadori Editore since 1938 and think about it, it boasts 12 international editions. Not bad for an Italian product. It is one of the made in Italy fashion magazines we can boast of.

Milanese women’s weekly magazine supplement of the newspaper Corriere della Sera every Saturday. Launched in 1996, it was the first magazine dedicated entirely to women as a supplement to a newspaper. The site, however, was launched in 2012. Io Donna is one of the fashion magazines that offers more high-value content, bringing the reader to a higher level of knowledge.

French women’s monthly launched in the late 1930s, but initially, like Elle, it was a weekly. It counts 23 international editions and the name was inspired by the title of a French novel. For lovers of high fashion there is only Marie Claire.

Weekly magazine born in the United States at the beginning of the 80s and launched in Italy in 2003. Of all the fashion magazines Vanity Fair is perhaps the most multifaceted but undoubtedly capable of attracting attention and being considered reliable.

American monthly magazine founded way back in 1892. Launched in Italy in the 1960s, it is considered the most prestigious and capable fashion law magazine in this field. It has 18 international editions and whether they say it or not, Vogue is Vogue.

In conclusion, it can be seen how much the magazines also dominate online even if the magazines of Alfemminile.com, PourFemme.it find a good space and then yes, also the fashion blog The Blonde Salad by Chiara Ferragni apparently keeps enough head to all of them.

Now tell me, among these fashion information sites, which are also mainly the most widely read fashion magazines, which is your favorite you trust most? I almost never give up on Cosmopolitan, Glamor and Io Donna of Corriere della Sera. The others depend a little on the articles or posts that interest me in a certain period. And then, are you more from blogs or newspapers?

Easter traditions in the company of rabbits, eggs and chocolate

Guide to glasses: how to choose the perfect...