The telefilm that have made fashion

We grew up on bread and TV series. Some telefilm have made history. Others have gone by the wayside. Still others continue to come out and they always manage to thrill us. I am an addicted series. I watch all sorts of them but there are some left in my heart. Even today there is nothing that can stand comparison with a Sex and the City, Dr.House or the mythical Beverly Hills 90210 although today’s NCIS drives me crazy.
Do you think the first show broadcast in Italy was The Adventures of Rin Tin Tin on RAI 1 in 1956 and since then there has really been an infinite number of them. But of all, what were those television series that made fashion? Those whose looks have influenced our way of dressing and current trends? Let’s find out together.

The telefilm that made fashion (in order of release) 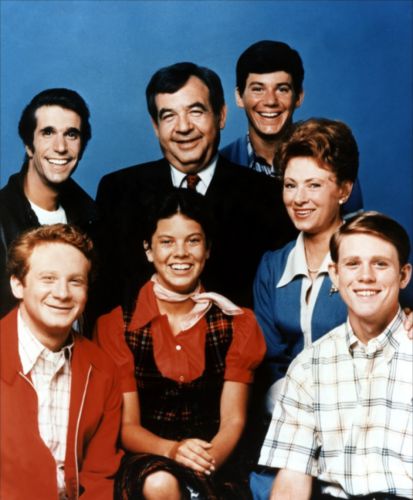 1974-1984. Happy Days and the leather jacket Fonzie played by Henry Winkler made history there is little to say. Not to mention the sweaters argyle nice guy Richie Cunningham and scarves typical of the ’50s in the head and neck of the girls. A dip in the past fashions? It can be, but also raise. 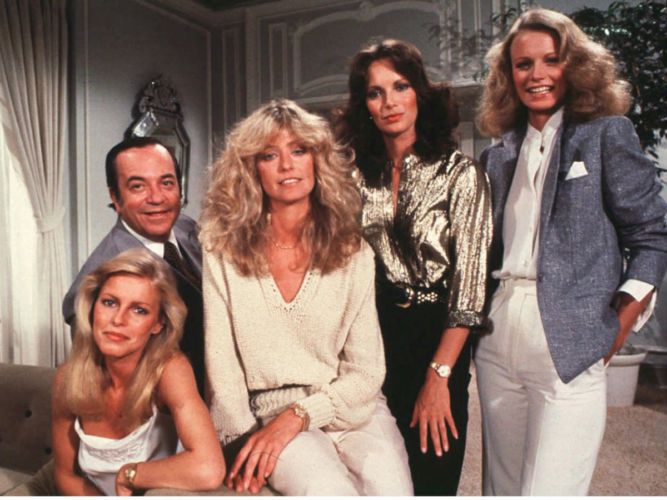 1976-1981. Charlie’s Angels was not just a telefilm with beautiful actresses, but it can be said to have become as a fashion icon at the time. By scantily clad in bikinis without forgetting to dream with those stunning evening and how to be sexy in sportswear. Example of femininity to everyone and haircuts copied worldwide. Infuse were no angels? 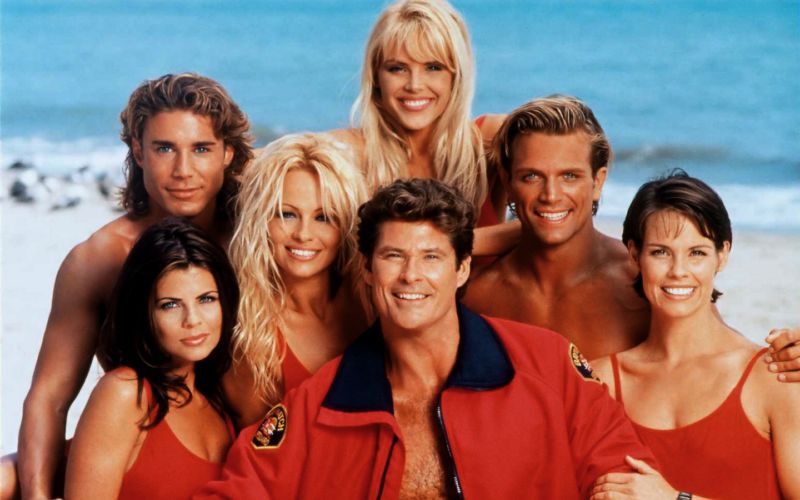 1989-2001. Baywatch and the adventures of his lifeguards kept us company for years. Okay, great clothes have not seen a large but few want to talk about the red swimsuits super Sgambati? If they did not do their tendency certainly not a life jacket.

The Fresh Prince of Bel-Air 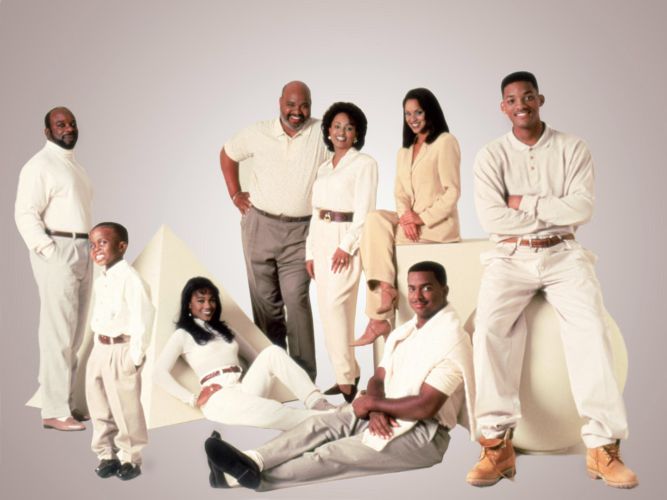 1990-1996. The Fresh Prince of Bel-Air starring Will Smith, it was a telefilm that influenced the tastes of teenagers with its baggy pants, NBA shirts, baseball caps and every colorful and strictly oversize garment typical of a rap and hip hop style making it a real trend of the very popular moment in the world. I still remember the acronym, do we sing it? 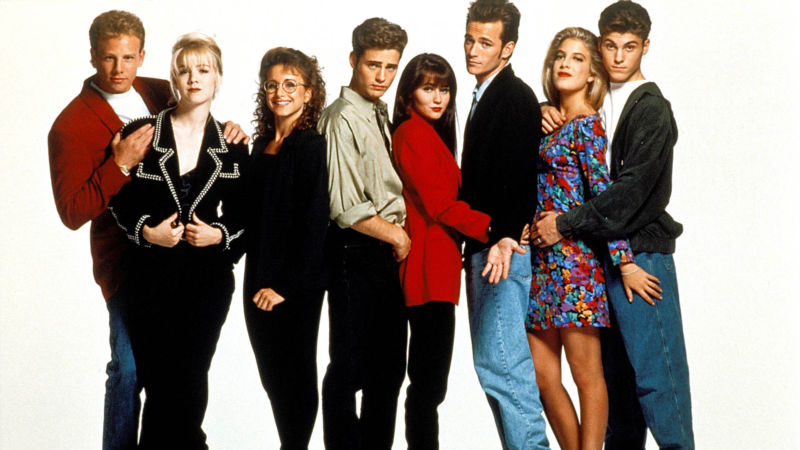 1990-2000. Beverly Hills 90210 in addition to classic dramas of adolescence is told 90s fashion in its purest form. The jeans is king along with the fancy dresses shorter and shorter and tight not to mention the oversized jackets. All we copied these look feeling a bit ‘Kelly and a bit’ Brenda sometimes. Io Donna actually. 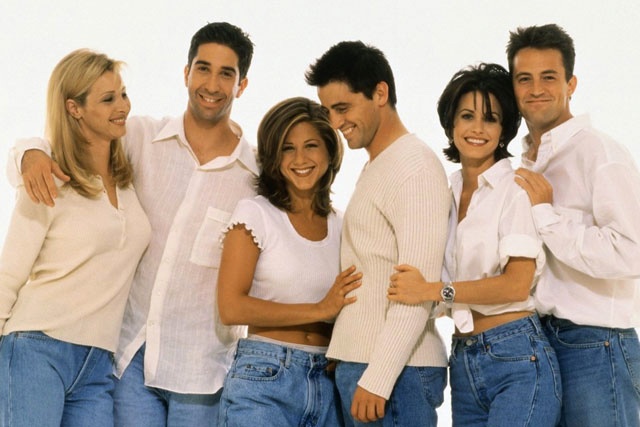 Friends (1994-2004) tells the adventures / misadventures of six friends who live in Manhattan. Chandler, Joey, Monica, Phoebe, Rachel and Ross juggle sentimental situations and career developments on the verge of the absurd. They too, with a typically 90s style, immediately become influencers among young people even before there were social networks. Rachel’s haircut (Jennifer Aniston) has remained the most copied for decades.

Sex and the City 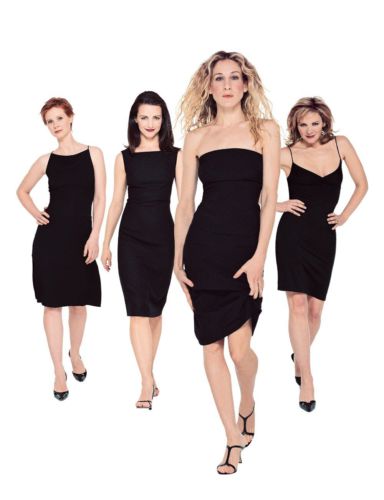 1998-2004. Sex and the City and her 4 stories of life strictly in the feminine with the adventures of Carrie Bradshow, played by Sarah Jessica Parker, is without a doubt the telefilm that has absolutely set the law, and still says it, in terms of fashion and style . Who hasn’t dreamed of a pair of his Manolo Blahnik, the tulle skirt in the initials or one of Charlotte’s adorable bon ton dresses? Four women, four well-defined styles to be inspired by. Impeccable and fixed point for that fashion that will never pass. Do we have a cosmopolitan about the series? 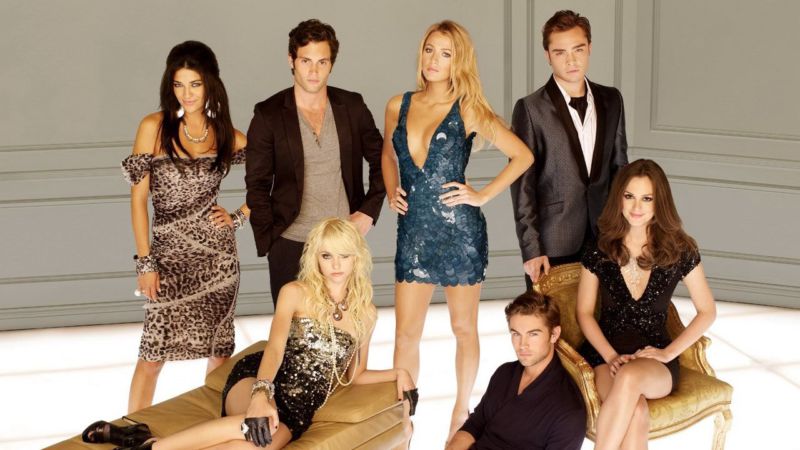 2007-2012. Gossip Girl and its rich characters of the other middle class in New York are certainly not gone unnoticed as far as the style. Look both male and female with painstaking attention to detail and very often entrusted to major fashion brands have made us dream anyone. He raised the circle through his hair as worn by Blair Waldorf and helped young people to re-evaluate how unquestionably the most elegant a silk scarf and a comprehensive than a simple t-shirt. Whether you are good guys or not the right dress will take you anywhere. Word of Gossip Girl. xo xo

And here I stop. The rest of the time will tell if a Pretty Little Liars or other new telefilm will dictate law in fashion and trends or not.
But you? Did you follow these telefilm and copied some looks?

5 (+1) indispensable bags for a perfect wardrobe

How to recognize an original Pandora jewelry

I love gossip girl <3
drop by my outfit post: http://styleccentricfashion.blogspot.com/2015/08/rocked.html

OMG the original Charlis Angles, the Beverly Hills 90210 is the best show ever so sex and the city is fave too.

Amazing outfits and you look gorgeous :)))
casual wear for women