Each of us has style icons. Some change over time. Others remain indissoluble and perennial sources of inspiration for our way of seeing and interpreting fashion. As you know, I pay tribute to the most important with an entire article on the day when they would have turned years. Today I talk about her, the great Coco Chanel. 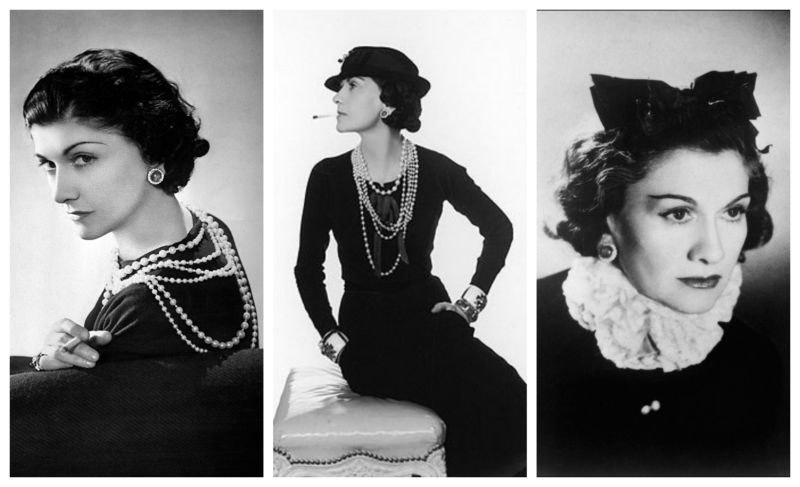 Born on August 19, 1883. Second child of five children (three girls and two boys) are unquestionably the one who made the history of fashion par excellence. Sum it all up in a few lines is very difficult. There would not be enough to say to do well to understand what was innovative and ingenious at the time and how to this day his style and his brand remained the dream of any woman.Not I would like to tell you a lot about his private life and earlier than in the public domain. Today there are conflicting reconstructions not too reliable. She also same in telling his past often changed version. I would rather summarize the main stages of his career, and heighten its innovativeness. But is it right to tell at least a minimum.

The life of Coco Chanel 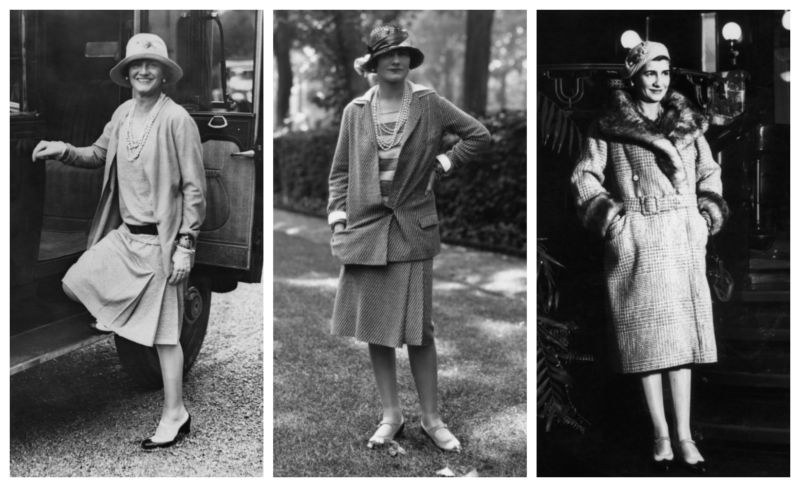 And ‘certainly he has lost his mother very early. The father and grandmother failing to take care of all 5 children sent her and her sisters in an orphanage while his brothers to work on a farm. Accomplished the age of majority and completed the school of domestic arts Notre Dame Gabrielle began working as a salesgirl in a lingerie and hosiery shop. He honed his sewing notions and while he had a brief career as a singer. Where apparently he took his “Coco” nickname and during which he met Balsan, her first love. The relationship with him lasted for six years. He moved to his castle, and thanks to the friendships that were his clients circa 1909 officially began his career making straw hats adorned with humble accessories considered very innovative at a time when fashion foresaw much more lavish items.
During his stay in Balsan Castle he experienced its greatest love. Boy Capel. An industrialist who encouraged very Chanel in her work and often financed despite never married and he then accompanied with another woman. Thanks to him, Coco opened her first boutique at 31 Rue Cambon in Paris, where in addition to the hats began selling apparel.
Capel later he opened a shop in the seaside resort of Deauville, where Chanel reinterpreted the sailor style bringing it from a style so far used only for “experts” of the industry leaders in usable by anyone. Despite the summer season she had gone well for the shop, with the outbreak of World War II and the return of families to the city after the holidays Chanel was about to close. On the advice of his companion, however, he resisted and shortly thereafter would be the only one left open shop. Able to offer a practical clothing items and adapted to the needs of that period of war.
From here is history. We know it all. We know how his ascent was dizzying without stopping despite the successive hitches of World War II that forced her to quit until the end of the conflict. At the same time he was also accused of treason ending up in exile in Switzerland. On his return he found an extravagant Christian Dior to deal to return to the fore. Let’s say so. But in 1954 now seventy opened his couture house and discomfited competition.
Coco Chanel died at 87 in a hotel room. The house continued to be managed and sent out by his assistants and then move on to two other designers. Since 1983 it is headed by Karl Lagerfeld.

The most important stages of his career are definitely, after the opening in 1915 of another store on the Atlantic coast, the introduction of the jersey in the municipality clothing changing its intended use so far allocated towards simple linen that led her to having in 1917 opened five laboratories and well active.
In the 20’s Chanel launched the fashion of short hair. He came out on the market its inimitable fragrance Chanel N ° 5 and he met the Duke of Westminster, thanks to which she was born in the interest in the Scottish tweed. At the end of the 20’s debuted the little black dress. His fashion house occupied three floors of 31 Rue Cambon and opened a new store in London. In the 30’s, after a couple of years when he was introduced to Hollywood costume real jewels in its collections which were previously presented in jewelery. In the 50’s like forgetting about the first appearance of his distinctive tweed suit with skirt slightly below the knee paired with a short jacket with gold buttons. But especially the IT-Bag 2:55 birth.

In conclusion. His stylistic innovations thanks to which he became the icon for the new woman of the twentieth century were the length of the skirts worn under the knee, lowering the waist, the use of jersey, tweed, the introduction of the pants in women’s clothing and marina style for everyone. But its main feature was definitely not be infected by the current trends. He snubbed what society imposed in terms of style. Always created something new ever seen while maintaining a practical line, comfortable and timeless. Some capabilities are unique and synonymous with an immense talent and genius. Dowry of a few people in the world. Chanel will always remain the number one in this, and I strongly believe no one will ever be able to match it.

I know I didn’t do her justice as she deserves. I apologize to those who think how little I have been or have overlooked something. But then again, on Coco Chanel we would have to talk about it for hours and somewhere I had to start. What do you think? Who is Coco Chanel for you and what did her style and innovativeness convey to you?

Outfit: a donkey between donkeys amiatini

5 pairs of essential shoes and 5 to avoid

Wardrobe season change: how to order the closet

Beauty with brains! Love her!
http://www.effortlesslady.com

OH, what would we do without Coco! She’s the best! Great post!