Complete guide to all wedding anniversaries

As much as I believe in the values of marriage, I know I do not have an easy character to endure for a long time and having reached the first decade I am not saying that it amazes me but still makes me very proud. In this period, the curiosity was born to discover uses, customs and traditions of all wedding anniversaries, from paper and bone weddings. A short and practical guide from which to take inspiration and ideas when we get closer to celebrating a wedding anniversary.

All wedding anniversaries: from paper to bone weddings 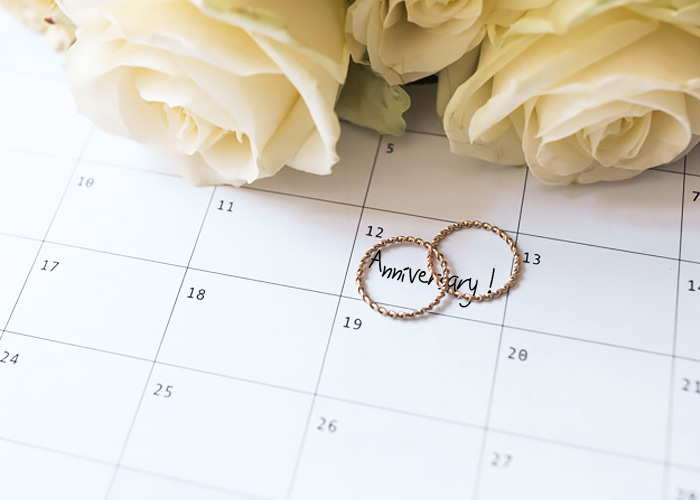 It was in medieval Germany that the first 2 most important wedding anniversaries began to be celebrated. Respectively the silver wedding at 25 and the golden wedding at 50. It was only later, thanks to the American writer Emily Post and her book “Etiquette in Society, in Business, in Politics and Home” of 1922, that wedding anniversaries became a tradition to be celebrated every 365 days. From the first to the eightieth year spent together. Custom has it that the anniversary is symbolized every year by a different material (from which it also takes its name) as an emblem of the strength of the bond that grows day by day. In fact, the early years are characterized by more fragile elements to gradually become stronger and more solid. From the first to the twenty-fifth it is customary to celebrate them every year, then we begin to celebrate every 5. Let’s find them out together.

The names of the anniversaries may change according to the regions and countries, those below are generally the most common and used ones.

1st year paper wedding. It is the first wedding anniversary that is celebrated. It is still running in and the life plans together begin to take off.And yes, the wedding dress is still in the closet and we occasionally look at it.
2nd year cotton wedding.
3rd year leather wedding.
4th year linen wedding.
5th year wooden wedding. Not bad first stage, a five year together and a whole couple’s life to write.
6th year sugar wedding.
7th year wool wedding. It is referred to as the year of the crisis. If you pass this, you’re done. ;)
8th year bronze wedding.
9th year clay or ceramic wedding.
10th year aluminum or tin wedding. The first real milestone of wedding anniversaries. Congratulations!
11th year steel wedding.
12th year silk wedding.
13th year lace wedding.
14th year ivory wedding.
15th year crystal wedding. Wedding anniversary characterized by the beauty and delicacy of crystal. The problems are now normal there are but together we overcome everything.
16th year ivy wedding.
17th year purple wedding.
18th year quartz wedding.
19th year honeysuckle wedding.
20th year porcelain wedding. We begin to talk about True Love because today it is becoming a real rarity to reach this anniversary. It is only up to the couple not to make it as fragile as porcelain.
21st year oak wedding.
22nd year copper wedding.
23rd year water wedding.
24th year granite wedding.
25th year silver wedding. A quarter century together is one of the most coveted wedding anniversaries. The silver wedding must be celebrated in large size. Whatever we organize, let’s not forget that the predominant color must be silver.

From here on, wedding anniversaries begin to become increasingly important and noteworthy. Some of the real rarities.

30th year pearl wedding.
35th year coral wedding.
40th year of ruby ​​wedding.
45th year sapphire wedding.
50th year golden wedding. An important milestone for a wedding anniversary that turns golden. From now on, we may also decide to renew the marriage vows.
55th year emerald wedding.
60th year diamond wedding. Without if and without but here it is a must to give a beautiful diamond jewel.
65th year platinum wedding.
70th year iron or titanium wedding.
75th year diamonds wedding.
80th year oak wedding.
85th year marble wedding.
90th year granite wedding.
95th year onyx wedding.
100th year bone wedding. A record milestone to which I believe very few couples have arrived. If anyone ever got there. Not so much for the love that is surely alive in them to the bone but more for an age discourse. Who gets married at 15 and manages to live so long? Chapeau!

What is given to a wedding anniversary 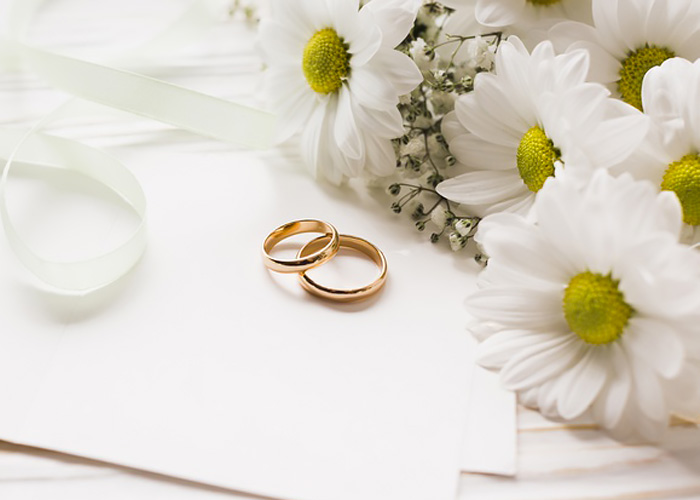 Tradition would have it that wedding anniversaries are given objects corresponding to the specific material from which they are characterized. For example, to renew the wedding rings one should wait for the 50th anniversary, the golden wedding. Except for the 30th anniversary because giving pearls to a bride is said to bring tears, so bad luck, exactly as she should not wear them on her perfect wedding day. In reality, now there is a tendency to always give jewelry or in any case something of value that remains over time. Obviously the more significant the anniversary, the more important the gift will be.

10 rules for a perfect wedding-proof critical

Magnani Sposa for the wedding dress of your dreams