All (or almost) the beautiful fashion styles

There are many fashion styles. Many of them are also similar and often differ only from some accessories. Are we able to recognize at least the principals and not to confuse them? We know when they were born and why? Nowadays we mix fashion styles, we play a bit with everyone and it is difficult to know and understand the meaning that everyone has had at the time of its appearance. In this guide I will try to illustrate them with some examples today and explain in a few words where they are born and how to recreate them.

All, or almost, beautiful fashion styles

The first fashion styles to be faced arises as a criticism of homologation behaviors called by society in the mid-nineteenth century. Bohemian style was mainly represented by artists (writers, painters, musicians, models, actors, photographers…) who at the time lived almost in poverty. It was characterized in wearing clothes taken to the limit of wear. The shoes were not polished but left dusty and worn as bags such as shirt collars were left undone specifically to protest. Ditto regarding the appearance uncared with unkempt hair and beard in men. Nowadays it is then transformed into Boho-Chic, created in 2004 and launched by Kete Moss and Sienna Miller. Clearly it influenced by the style Hippie provides long skirts and large, embroidered tunics, oversized cardigans, fringed vest fur (personal note synthetic would be better) and cowboy boots or leather sandals interpreting everything with an air natural. It ‘easy to recreate especially this year that influenced much the spring-summer collections.

He takes hold in the forties and fifties thanks to the iconic Audrey Hepburn with the aim of highlighting the good taste, refinement and femininity never vulgar woman. Today is for the class women who decide not to follow a fashion coarse but valorizzarsi with simplicity and elegance. Local leaders of a style Bon Ton are little black dresses, length skirts, cigarette pants or capri, meshes with a Peter Pan collar, blouses with bows or ruffles, necks boat, ballet flats or heels just over 5 cm, headbands in their hair and all the accessories in sizes small.

Born in the US to coincide eponymous musical genre in the early twentieth century. Mainly adopted by cowboys featured leaders in jeans, plaid shirts and the typical boots, belts with large buckle and wide-brimmed hats to cowboy, these typical accessories are still what makes it instantly recognizable to our eyes. No, it does not matter have to have a horse or live in USA to have a Country style. For example, I interpreted this style in an autumn outfit between rows of vines and fallen leaves.

England, early nineteenth century, is born that is limited to the men by men. In a time when the approval of men’s fashion is stuffy and boring you start to want to make a difference. Featuring a charming but sober clothes with dark suits was the detail that makes the difference. It had to be colored, in contrast, eccentric, unconventional, yet old-fashioned but always well-maintained. Gloves, ties and scarves in various hues and shades of color bright were the strong point of the Dandy.Today it is also found in a female version and a dandy outfit can be interpreted with all those items with a classic and masculine cut enhanced by an inevitable detail.

Is born in mid years ’80 as subcategory del punk influenced from musical genre punk rock. Today is nearest to a pop rock and less in vogue than in years past due of the few band remained under assets with such musical genre. Fondamentalmente now I think is more a style of fashion rather than what else. In look Emo thus embraces all substances ago part of the clothing skate, by tight trousers to t-shirt to Converse or Vans. In recent years the particular asymmetric cut Fringe has become a their characteristic.

It dates back to the 1980s. It has many facets and more interpretations and lines of fashion styles but generally it is always characterized by a purely black clothing. Possibility of red and purple with Victorian or Renaissance cuts and lines. Do you feel Gothic or Dark? In your wardrobe should be unfailing studs, amphibians and for women corsets. It was created to convey the ideology of culture gothic for excellence and define the personal passion for a certain kind of music or literature.

Born in America north-western in mid eighties in which you sang of the sores of the company such as poverty, drugs and drug unemployment. Was characterized by a clothing with flannel shirts effect boscaiolo, amphibians or Caterpillar, jackets in aged skin or of jeans, shirts or canotte of the typical band, cardigan threadbare oversize and jeans effect ripped maybe the everything bought in a shop dell’usato. More the chiefs have a aspect lived better is. The Grunge wants to convey a worldview and of aesthetics very distant from being tied to a determined brand or style. Basically it was a style poor that went in contraposition with the fashion of the eighties in which the colors flou were doing from protagonists.

United States, Sixties, Woodstock, music, pacifist ideals, search for absolute freedom and free love. It is a movement before one of the main fashion styles. Characterized by flared trousers, floral dresses, wide and embroidered sweaters, ripped jeans shorts, gypsy drapery skirts, tunic dresses, leather or suede sandals and boots, fringes on vests, jackets but also on shoes and bags. Disheveled hair, left free or gathered in a braid with the inevitable floral crown.Today as then, the Hippie style can also be re-proposed with a floral cardigan and some fake gold tattoos.

Is born in the United States around the years Quaranta and represented music fans jazz and bebop. This style is characterized by skinny pants with a high waist and cuff at the bottom, vintage shirts, eyeglasses loafers or oxfords. They mix the Vintage with technology of last generation and enclose for this many nerd. Today you can recreate with crop top above tank tops, jeans high-waisted, scarves and foulard always also in summer, fantasies floral for dresses vintage in style years Fifty. To be Hipster essentially just mix styles and cultures remembering not to wear heels or flip flops.

Years ’20, Coco Chanel was one of the first to wearing a knit to rows typical of the style Navy finora sight and used solely as working uniform rather than for i prisoners in prison. This style is characterized by a any chief that sets forth to a marine style or has of the reasons marinari. Mainly with colors like white, the blue and the red. Purely summer for be worn in coveted of holidays and ferie. Always regarded as by class and elegance in representation of a average high bourgeoisie.

It takes its name from the sex symbol women years Forty although there are traces of the nineteenth century about it. This style is characterized by cut dresses and form forties and fifties with halter neck and full skirt, waist well marked often aided by bustiers and corsets. Abiti which mark and highlight the soft curves of body to fantasy pois or vichy are ideal for a perfect style Pin Up. Ai present day is closely linked to burlesque and located varied interpretations using also chiefs in style Navy.

America, during the seventies. Some claim arises as opposed to the style hippie with a distinguished look strictly considered by “good guys”. In reality characterized the classic spoiled children attending private schools determinate in preparation of the most prestigious universities. Boys from a high social class who were wearing polo shirts, cardigans, tweed jackets, trench coats, blazers, pleated skirts in plaid ending with loafers, oxford shoes or ballet shoes. All that is part of a kind of uniform is collegial Preppy. Nothing more simple and timeless. I love him deeply.

Born in the 70s to transmit the ideology of going against the rules held by fashion through homonyms musical genres. The clothing and accessories for favorite style or Punk Rock are the nail, studs, skulls and amphibians not necessarily in black paint.

Cultural movement / music born in the Bronx in the early seventies. It characterized by a particularly wide clothing used by the dancers of Break Dance and notoriously linked to brands like Nike who were able to exploit to the fullest. Perhaps one of the simplest and most immediate styles can be recreated. Do you want a style Rap or Hip Hop? Basically just a suit pretty large, a hat, a T-shirt and a nice pair of sneakers that you do notice.

USA, eighties, the youth movement of teenagers with a look very flashy. Their philosophy of life is the cult of ”appear to be.” Definitely inspired by manga Scene Queen seem right out of the pages of a comic book. More colors are on the better, have more hair colors and offbeat cuts and better for a look that’s tops and tank tops, leggings, hot pants and mini-dresses (but really mini mini) without limitations of patterns and materials.

Due at the end of the 80s characterized the guys practicing the sport of skateboarding. Clothing for style Skater provide tight trousers and brought to life with a high belt, flannel shirts or hooded sweatshirts (called “hoodies”), the type shoes “slip on” or “hi top”, but also usually the Vans the popular Converse All-Stars and a cap. 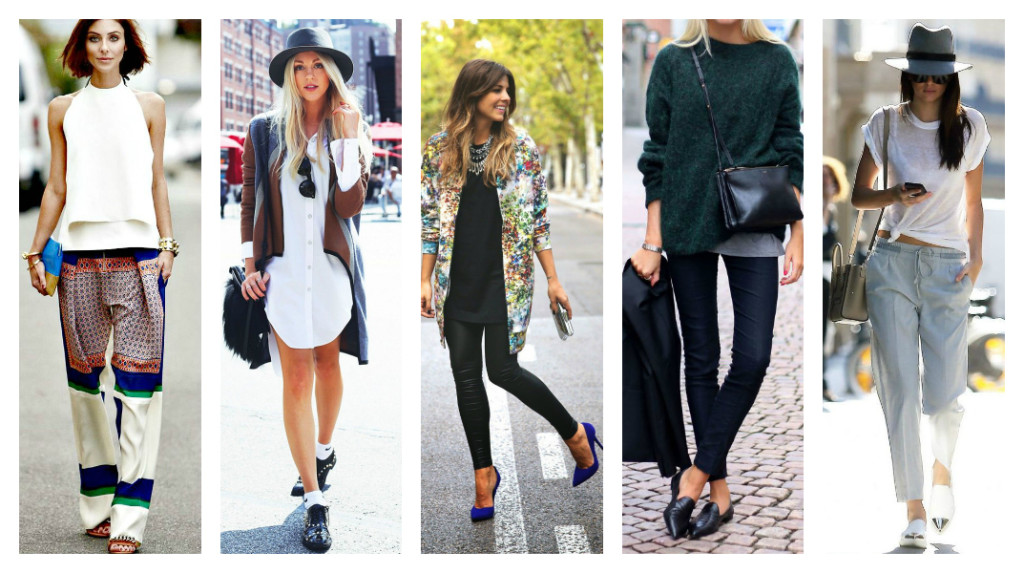 One of the most recent fashion styles. It takes shape in the 1950s but officially takes shape about 10 years ago. Basically it’s not really a style characterized by certain types of clothing but is a draw inspiration and ideas for fashion and new trends by young people in their usual context, namely the street. So be yourself, experiment all you want finding that extra edge that characterizes you and step into the street. Make yours the Street Style and maybe your favorite brand could see you and get inspired just by you for his next collection. ;)

First signs of this style can be traced to Christian Dior in the mid-forties when he created two dresses with animal prints. From there it was a succession of creations of various designers in which you clearly took inspiration from different cultures from other continents. To re-create one of these styles we say “yes” to everything that draws us to distant places to be in the form of fantasy, accessory or printer.

There is no note of who is or has been the first to wear clothes Vintage to such an extent that they become a real style but nevertheless has become a kind of fashion rather followed. Important is not to confuse it with a used. The vintage is That article of clothing, accessory but also article of furniture characterized not to have been used previously by someone but because he bought value over time based on its stylistic qualities very different from the present period. Leaders become vintage when their story is attributable to about thirty years before us that we wear remaining intact and almost like new.

I think it’s more or less everything. Missing a little something like the subcategories of some style but being a theme constantly updated I risked never being able to publish it. I tried to give a general overview of fashion styles, summarizing everything as much as possible so as not to be too tedious or boring. I hope it can be useful for some ideas or that it helped clear up some doubts. But having said that, what is your favorite fashion style?