I remember my last holidays in Greece as if they were yesterday and I always carry them in my heart with the hope of being able to return as soon as possible. After France, it is without a doubt my favorite country. Rich in stories, myths, legends and historical and cultural assets capable of attracting me, for example, much more than an endless road in America or a hypermodern city. But what is worth visiting in Greece? Good question, personally when I have to select what to see during my trip rather than rely on those more commercial and famous places, I take a look at what tourists say before me and I take into consideration the Unesco Heritage. For this reason, today we discover together where to go in Greece by choosing from the best points of interest.

The favorite tourists destinations for holidays in Greece

If we think of holidays in Greece certainly the first places that come to mind are its capital Athens followed by the various most famous islands such as Santorini, Rhodes, Mykonos and Crete. According to statistics, however, the most visited region of Greece is Central Macedonia. Of this region the most popular attractions are Mount Olympus, the tombs and the museum of Vergina together with the Church of St. Demetrius, the archaeological museum and the White Tower of Thessaloniki. Not to mention the island of Halkidiki, and the ancient city of Pella. Subsequently we find the Attica and its Athens that deserve attention the Acropolis and the museum, the Parthenon and the Temple of Hephaestus. Finally, the third most visited area of Greece is the Peloponnese. Here you should definitely visit the Epidaurus Theater, Simos beach in Cervi, the Palamidi Fortress in Nafplion and the fortress town of Malvasia.

Before discovering the UNESCO heritage sites of Greece you need to know at least what we are talking about. What exactly do you mean by a site called world heritage? In short, they are areas deemed to be of “exceptional universal value” decreed by the UNESCO agency (United Nations Educational, Scientific and Cultural Organization) after an evaluation based on a series of 10 criteria, of which 6 cultural and natural 4, in which the designated persons must satisfy at least one. Do you think that Italy holds the largest number with as many as 53 sites included in the list of world heritage, followed by China (52) and Spain (46). And Greece? Currently Greece has 18 sites approved and registered in the list while for another 8 is awaiting evaluation by UNESCO. I would say that during a holidays in Greece there is no shortage of places to visit. 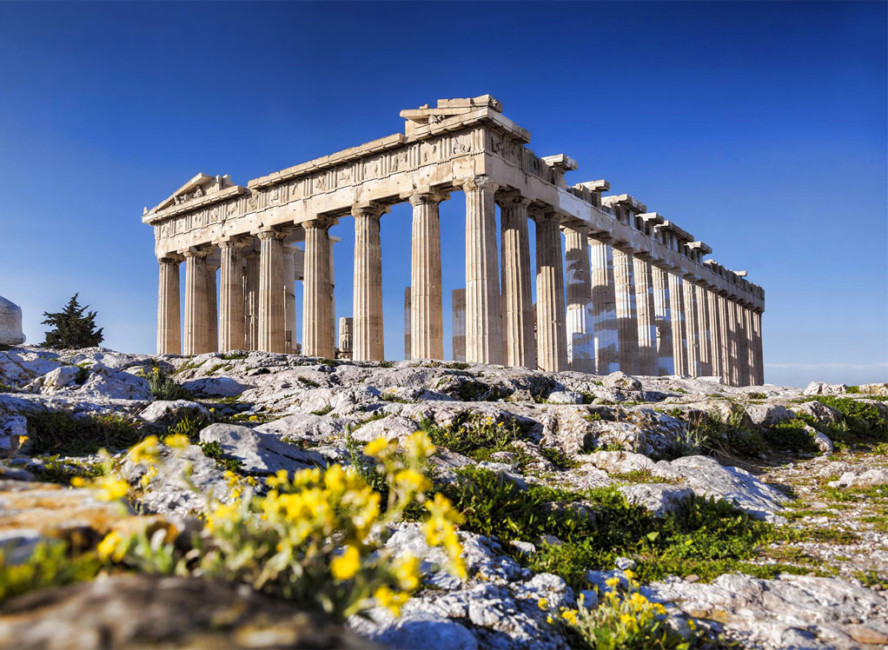 If you decide to spend your holidays in Greece, the UNESCO heritage sites to choose from are one more fascinating than the other.
To begin with, the Acropolis of Athens, the Ancient City of Corfu, the historic center of Patmos, the medieval city of Rhodes, the Island of Delos and the Temple of Apollo Epicurius in Bassae. Then there are the various monasteries, that of Meteora, Daphni, Ossios Loukas and Nea Moni. Mount Athos, the Paleochristian and Byzantine monuments of Thessaloniki, Mystras, the Pythagoreion and the Heraion of Samos could not be missing. Finally, the various archaeological sites, that of Epidaurus, Delphi, Philippi, Mycenae and Tiryns, Olympia and Vergina.
In conclusion, if we have a nice trip to Greece in mind and have no idea what deserves to be visited and where to start from, I highly recommend relying on the selection of UNESCO World Heritage sites. As well as if we are looking for accommodation for our next holidays in Greece I point out the Holidu booking portal. Since 2014 it has been the search engine for our ideal holiday home offering the largest price comparison worldwide. It is the perfect solution for every taste and every budget with 8,031,962 holiday homes selected from more than 100 websites. Are you ready to go? Greece awaits us!

Letter to Santa Claus: today I write to you…

Travel tips for a weekend: New Year in Paris

Weekend in Alba among the ways of the white truffle