Fashion and style: how to wear and match colors

What do we know about colors in fashion? Never enough. Every shade and nuance transmits something different and some also need to be worn, or not worn, in certain circumstances. For this it is essential to understand how to wear and match colors in the right way. Where, when and why to use them.

How to match colors

Before proceeding I will show you a very easy shortcut useful to understand how match colors by mixing them correctly. A small basic rule from which to attract the possibility of visual slips between one shade and another. The Itten circle was born mainly to understand how to mix the primary colors and obtain the subsequent secondary and tertiary colors applied by the etiquette also in fashion. For those not familiar with it, it is nothing more than a circle with a central triangle formed by the three primary colors. Yellow, red and blue (the basic colors from which all others are obtained). Alongside them are the three secondary colors ordered by mixing the two connected primaries. Yellow and red give orange, red and blue give purple while blue and yellow give green. The hexagon that looks like this is formed by then surrounded by a circle having all the different shades, tones and shades called tertiary colors. Obtained in turn by mixing a secondary color with a primary and so on. 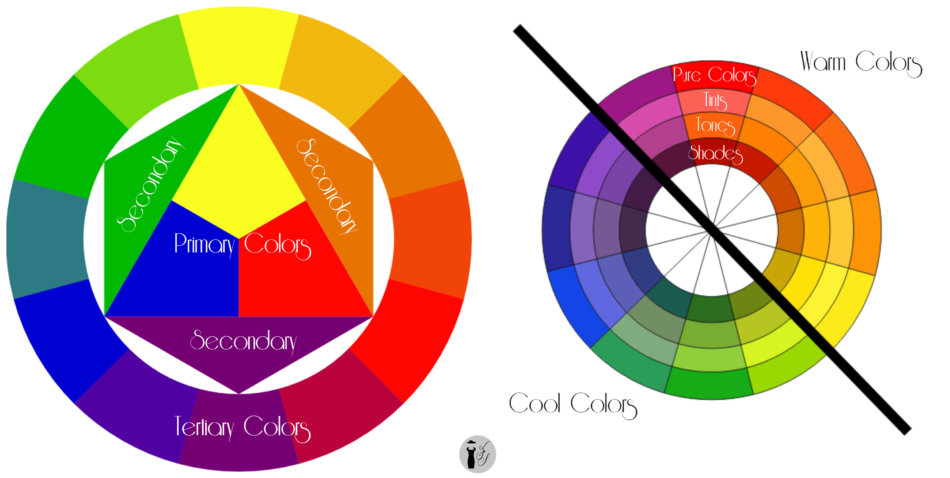 The rules to understand how match colors are very simple. Do not combine two colors of the same category as two primary colors or two secondary colors. In a nutshell never match colors close together but different shades of the same color. Or opposite colors between them. A blue with an orange yes, a blue with a purple no. It must be said that his rules are no longer as strict as they used to be. Especially after the approval of black-blue and red-pink approval.

How (where and when) to wear fashionable colors

Given the color of elegance it is suitable for any time of day or night although in the past it was unpopular because of the difficulties in trying to get it listed. Not sit well with the black (except electric blue and light blue), red and yellow.

In the past it was especially unpopular in the West for being a poor and matte gold, today is the symbol of jealousy. A cheerful color that recalls the summer infrequent in the look of every day. Perfect with dark colors or soft colors.

Once it was the color of the clothes for the funeral because of the fact that we go back and ash, then moving on to the black despite the gray remains evocation of sadness and old age turned to the positivists in synonymous with wisdom. It ‘a color considered elegant especially in menswear that blends well with most colors.

He evoked dirt and brutality while now is the hot color of autumn. Versatile for multiple combinations but better to avoid it with the black if it is a very dark brown.

Always been synonymous with power in both religious and military. In the past, he was worn by brides because it was the richest and most gorgeous dress and then be replaced by the purity of white. Today the color is associated with Christmas, the world of entertainment and luxury in general. Does not give to all especially to those who have body types robust because it tends to emphasize the flaws. Never wear it in situations that do not involve cheer as funerals and weddings also not being too chaotic, better for a good party. It goes well with dark colors, with white and black.

Today symbolizes hope, cleanliness, nature and ecology as well as transmit relaxation while in the past it was considered a color of anguish. It should not be worn in formal situations and is not recommended with red and orange.

Previously considered the color of mourning, death and ominous in the show because of a custom in which during Lent (represented by the color violet) theater companies were starving because the performances were interrupted for 40 days. It’s actually a color that brightens the face and gives many people.

Black and white deserve special attention. In the past they were considered “colorless” in reality it was later understood that white contains all the colors of the electromagnetic spectrum and reflects them all together towards our eye which consequently perceives them with white color. While black is the total absence of color. In fact we perceive it when an object absorbs all the colors of light and holds them without reflecting them. The combo of black and white colors in fashion is considered very elegant. In practice, combining colors with one or the other is never a mistake.

Black becomes a symbol of elegance during the Renaissance, it is a reassuring, elegant and slimming color. It has no schedule, it is perfect from morning to evening and is the color of important evenings where jewels can stand out.
White is associated with purity, it recalls divine light but also ghosts and uncertainty. The white dresses, especially in summer, are elegant and chic but require a perfection equivalent to the effect of a tablecloth. They must be immaculate.

How to match colors based on our complexion and hair color

To conclude really in beauty, we should match colors keeping in mind that every color is more or less good for our person depending on the color of the skin and hair. A blonde will hardly donate a light beige that tends to make the look too uniform with her complexion. A blackberry, on the other hand, must pay attention to dark colors because they could dampen and darken their appearance.
That said, in my own small way I came to the conclusion that I really don’t like pastel colors with gold and silver, brown with black and dark blue with black even if they pay me. While, I will tell you, a red with a fuchsia has its beauty because. Rules aside, what do you say? Do you have any other suggestions on how to wear and match colors?

A blank page is a hidden poetry

Something about purple makes my heart pump faster. They are my favorites. Loving the yellow and blue looks too though. Have a fun weekend.
http://fashionablyidu.blogspot.com/

I cant pick color! I looooove all colors…. great reportage tho’
http://sepatuholig.blogspot.com
instagram.com/grace_njio