How to wear a plaid blanket scarf in many different ways

The oversized scarf has reconfirmed itself as an indispensable fashion trend for the cold seasons. It is a comfortable and practical passe par tout accessory that keeps us warm away from safe sore throats, coughs and colds. Nevertheless, the plaid blanket scarf (especially the tartan pattern) has become less boring than what is commonly thought thanks to the many ways in which we can wear it. Let’s see them together…

It should be borne in mind that oversized wool or cashmere deck scarves are a purely casual and obviously winter accessory. So they are great for everyday outfits. Below I have illustrated the main 12 ways to wear a blanket scarf starting from folding it in half forming a triangle. 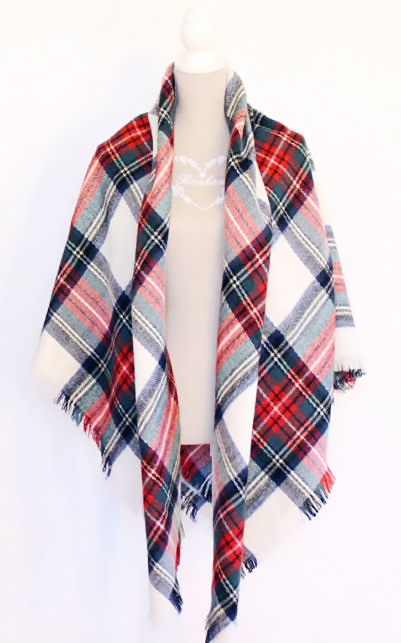 It is always the most chic way to wear it in the heat. Just lay the blanket scarf on your shoulders and wear it like a shawl. 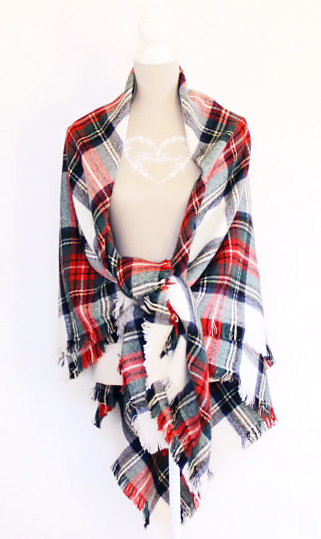 I know, the name is a whole program but personally I often resort to this way of wearing the scarf, especially when my hands are busy and I don’t want to take the risk, I slip on the ground. Basically it is nothing but the classic shawl style tied on the front with a soft knot. Just like the Befana does. 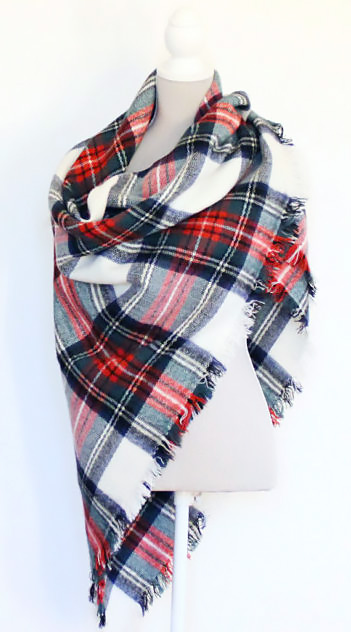 In this case the blanket scarf is worn with the lateral waterfall effect but it can also be done on the front by shortening the free tip and rolling it up on itself. You have to make the scarf one or two turns around the neck and stop one of the two flaps by fitting it in the collar. 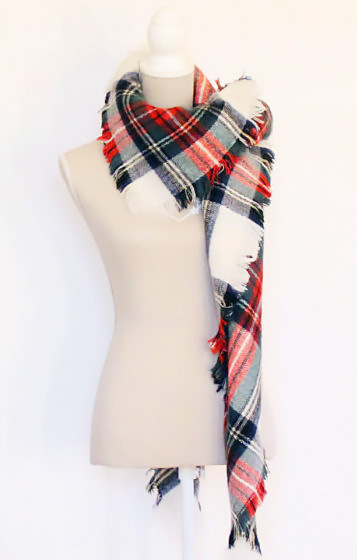 Fold the maxi scarf on itself as many times as necessary to leave a little triangular tip free. Place it on your shoulders and throw one of the two flaps behind you. The disposable style is ready. 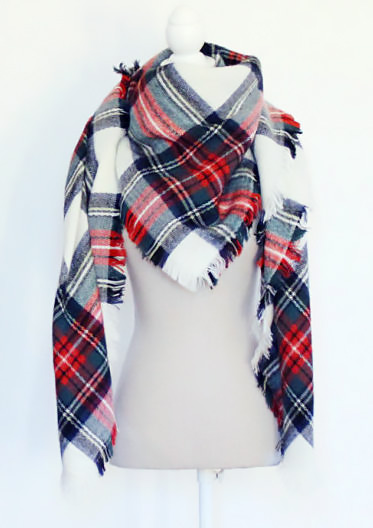 The modern-style knot is the most popular among the fashion victims. To obtain it, it is necessary to fold the blanket scarf on itself as many times as necessary, leaving a little triangular tip free. Then have them go around the neck and drop the flaps on the front. 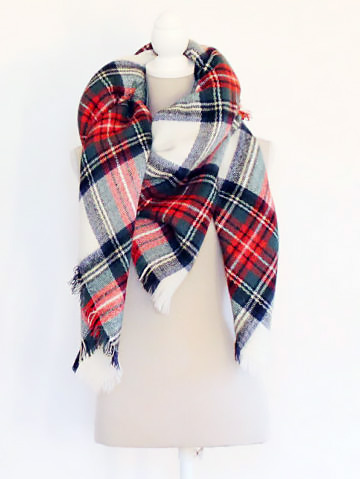 The basic knot is nothing but a variant of the one seen above in modern style and, it seems, is the favorite of celebrities. Same initial procedure but then you have to pass only one flap inside the collar instead of leaving them both. Let’s say that in this way the scarf is firmer and more stable. 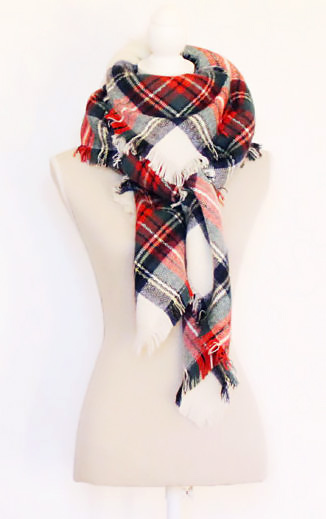 There are those who claim that the rabbit-ear knot is only suitable for light scarves, but this is not the case. To make it, just fold our blanket scarf to create a long and uniform sausage, leaving a little triangular tip free. At this point we give two turns around the neck, we bring the flaps in front and we knot them hiding the knot under the triangular tip. 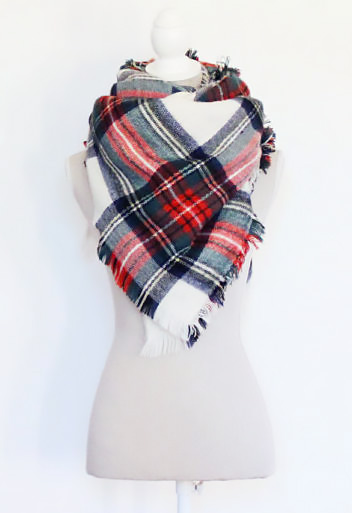 The infinite knot is the one that recreates the collar effect of closed scarves. It is perhaps the most comfortable and practical because there is no risk of the scarf losing its position or falling. To obtain it, just fold the scarf on itself in order to create a long and uniform snake leaving a little triangular tip free. Then we roll the scarf around the neck as many times as necessary, paying attention to leave it soft. Finally we tie the flaps posteriorly with a knot. An alternative is to lay it on the shoulders, immediately make the knot at the ends and then make them make one or more turns around the neck depending on the length. 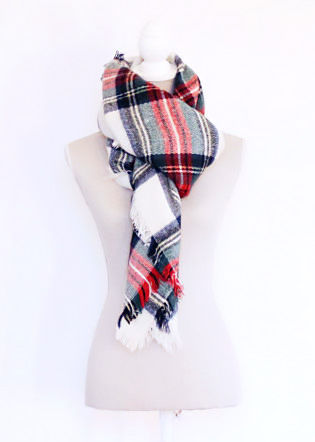 This way of wearing a plaid blanket scarf is the most common, known and used. To create the European knot you have to fold the scarf on itself until you create a long and uniform sausage, totally eliminating the triangular tip. At this point, we fold the scarf in two and lay it on our shoulders by inserting a hand into the ring that was formed by folding it. Finally we take the two edges of the scarf by passing them inside and pull up to the desired size. 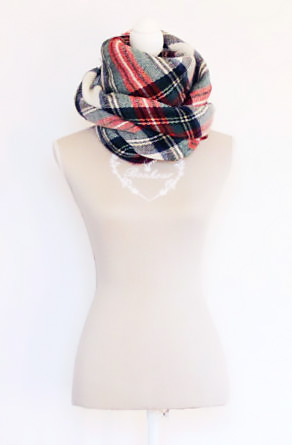 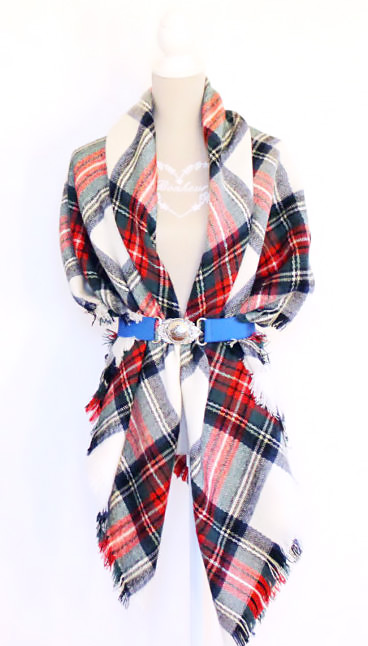 Wearing a plaid blanket scarf with a belt is the absolute most fashionable and trendy way of recent times. Just put it on your shoulders like a shawl and stop it at the waist with a belt. If we want to give it an extra touch we can resort to how to wear a belt in many different ways. Keep in mind that this method tends to fatten and bundle a little each figure so I recommend it if you are rather thin. To me, for example, she is very ill and does not give at all.

If we are in one of those days when with a body, a shirt or a shirt we feel tremendously boring we could think of wearing a blanket scarf over our favorite fashion jeans. Depending on the size of the scarf, it can become a top or a dress to be enriched with a belt. Also in this case it is obviously advisable for small women and not with a lot of breasts.

Finally let’s see together how to get a fashion knot to a narrower winter scarf. I hope the following infographic tutorial will be useful and do not forget to take a look also at how to wear a foulard scarf and how to wear a light scarf in many other different ways to never get bored. 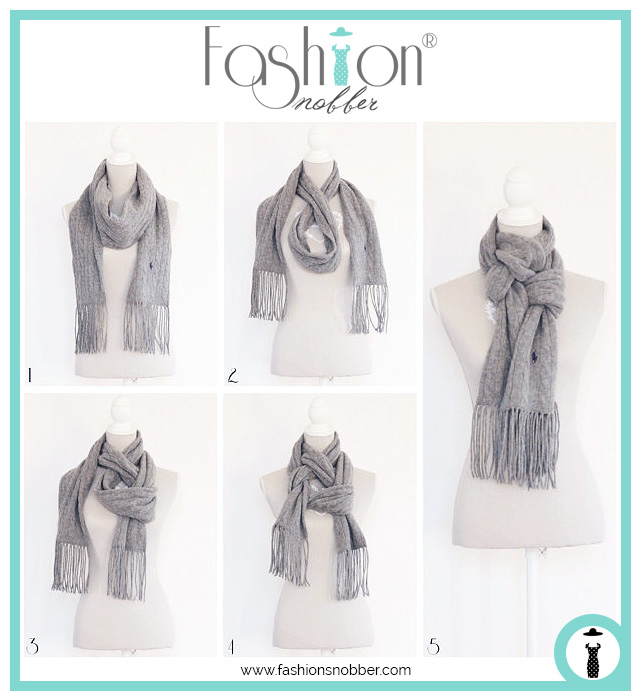 And you? Which way do you prefer to wear a maxi square scarf? 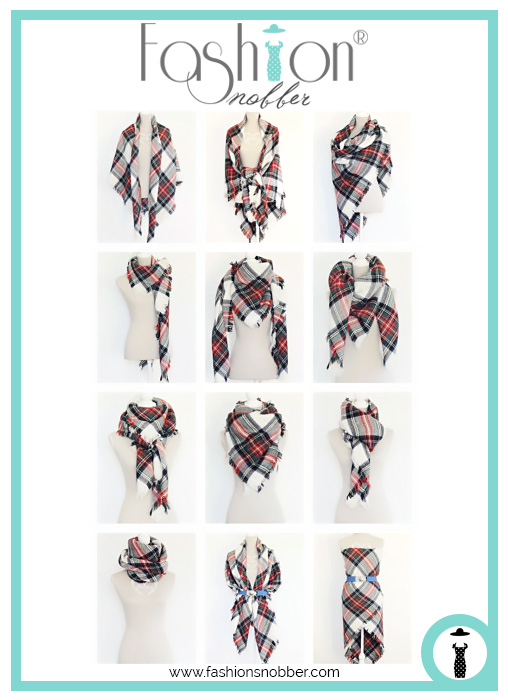 Thoughts and words: the bad days of an ordinary blogger

How to wear a scarf foulard in spring

How to organize the bag in 10 quick and easy steps