After analyzing and explaining how Instagram works and understanding the use of hashtags well, it’s time to explain a little something about the most famous and unique twitter social network in the world. Or how Twitter works.

Twitter is a social network better focused on microblogging born in 2006. It allows you to share photos, videos, links, and even surveys and gifs like any other social network. Only difference, limit the text to 240 characters excluding links and images that are not counted in the characters of a tweet. So far there seems to be nothing strange. Indeed it is quite clear. Except that many, after opening the profile, get lost not understanding how Twitter works and bitterly abandon it.
I too, at the beginning, took a while to understand its meaning. But over time, I assure you that once you get carried away it is much more fun than Facebook and the like. To date it is my favorite. The first one I check as soon as I wake up and the best to give me the last minute news. First of all, I find it much more intelligent and immediate. Being able to write little, one must have a sense of synthesis. Learn to make a concept clear in a few words and go straight to the point without getting lost in personal monologues that objectively bore and do not interest anyone. For me who in real life am a rather silent person and who tells little about himself is ideal.

1. Friendships are not accepted

First, to understand how Twitter works, you need to know that there are no friends to accept or ask for. You simply decide to follow the updates published by people who deal with topics of our interest and they are not obliged to reciprocate. It is always a welcome thing but it is not law and must be learned immediately before getting hurt.

2. The profile makes sense if public

Social networks are born primarily to socialize and share your things publicly, Twitter is no exception. Alternatively, if you need to say things in private, DM (direct messages) are used, only granted between two users who follow each other. Secret profiles is a bit like Instagram, they don’t make sense to exist.

3. You have to interact

If you want to mention someone or respond to a tweet, remember to insert the spiral symbol “@” before the user name of the person to whom we turn, otherwise they will never know that we wanted to talk to him.

Perhaps one of the most important things to know about how Twitter works is to check the right column of the Home where the current trends are located. That is, those trends sponsored or decreed by the greater number of users who are talking about that topic. Sometimes a specific name will be in the form of a hashtag. By tweeting, that is, writing, of one of those trendy topics it is possible to find new followers and get noticed. Personal advice, jump on TV programs, have your say while watching TV and the more ironic and funny the more interactions you will get. Italian trash programs like them a lot to criticize.

Labeling as many tweets as possible with one or more hashtags because in addition to creating a hyperlink to all recent messages written with the same hashtag, it allows them to be found over time and to make us known to those who search by topic.

7. Retweeting is good for engagement

Another aspect to analyze to understand how Twitter works by using it at its best is to get it into our heads that we have to interact and not think of pulling it. If you like a tweet, let’s share it in our profile via retweet, that is, using the icon in the shape of two circular arrows that is located under each tweet. Alternatively, you can save it to your favorites using your heart, next to the arrows, and then find it in the “Like” section of our profile.

Let’s not just open the profile and publish only automatic link links. We are considered as a dead, singsong, boring and unpersonal profile. For example, very few people open Facebook links to see what has been written because Twitter users hate almost all Facebook.

9. If you deactivate a profile after 30 days it is lost forever

Last thing to keep in mind to know how 360 ° Twitter works and (with which I also had to deal with losing my first profile of Una Mamma Snob) is that if we deactivate our Twitter profile we will have a maximum time of one month to recover it otherwise #ciaone. All lost. For example, if we just want to detoxify a little from social media, it is better to leave it still and then resume it later but never deactivate it if we are not sure.

After the excursion on how Twitter works, let’s move on to the question that most interests anyone. How to increase Twitter followers? There is nothing that cannot be shared or disclosed. As for Instagram, or you decide to buy them to do it first, with poor interaction results and therefore all smoke and no roast, or as I always say “you go shopping“. How you do it? Simply by starting to follow a few users with a number of followers similar to ours and a fairly high number of followers but less than followers. This makes us assume they tend to reciprocate the follow but in any case select a minimum therefore real and not fake. Obviously those most inclined to our reading pleasures must be chosen because we will find them at home every day. Wait a few days and then check who has returned. Whoever snubbed us is defollowed and starts again. It is not cute, it is not fun but it is certainly the fastest and most painless method to grow a little.
Then there is the play of profiles and tweets with #follow4follow #f4f #followforfollow #followback #ifollowback etc. I do not recommend it because being forced to follow everyone if unfortunately someone is not nice or we don’t like it we will have to keep it. I have never tried but by hearsay it’s a bit of a rip-off that is good for teenagers so I don’t even go into exactly explaining it.
For the rest, the rule of every social network applies. Interact, publish interesting, fun and original content.

The most successful tweets, which seem to arrive first to hit the mass according to different experts, are composed of 100 to 120 characters and have at least one hashtag and a photo.
Finally we dispel the myth that Twitter only brings maniacs, perverts, wolves and deaths of that thing there. These elements are everywhere and it is up to us with the image that we give to receive the public of our interest. This on Twitter as on any other means of communication that we have in hand. It is a social. As such it should be used and like all others it brings excellent things if it has been able to exploit well. It is the most difficult, it must be said, it is not for everyone but it deserves much more than the others. After all, I was born on Twitter and even though I changed and revolutionized everything from 2011 to today, I always go back there.
I conclude by greeting with the home page of my Twitter profile and some of my most successful tweets. Those who want to follow me know that obviously I will be happy to reciprocate. Meanwhile, I tweet, and you know how Twitter works? 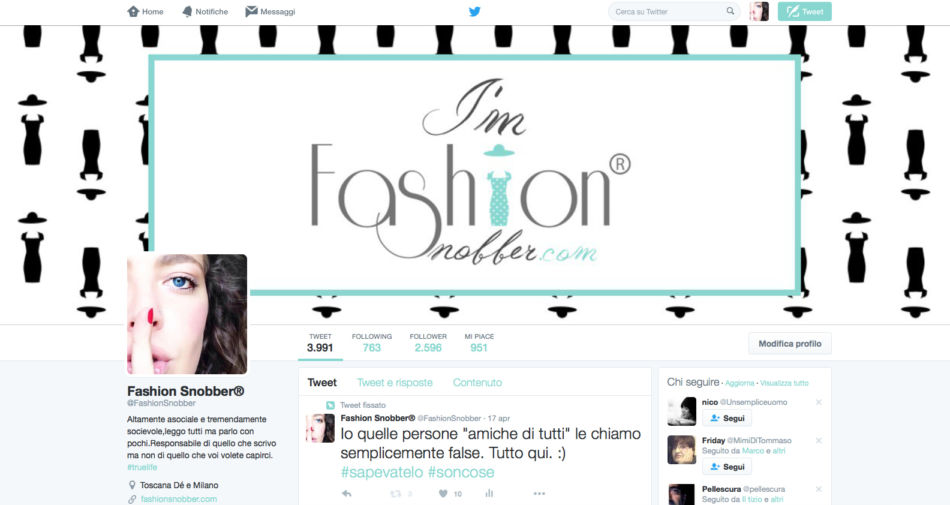 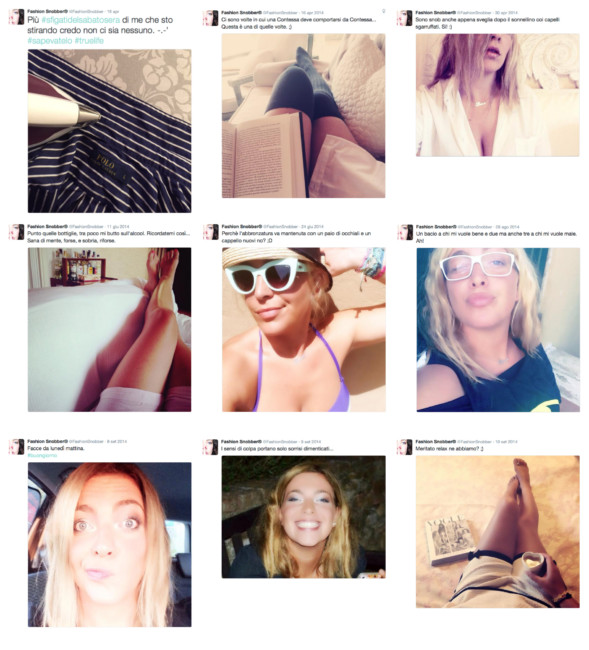 Outfit: how to wear an off the shoulder top

How Instagram works: all the tricks and best tips

Pokémon Go outfit: how to recreate the look in real life