The interview I would like: first 4 years of blog

Today the blog turns four years old. Few, but for me they are infinitely many, even too many flashes. Despite everything, I’m still here and this year I thought I’d celebrate it with a rather special interview. Lately I have often been repeated on the fact that I speak little and unwillingly about myself and how I live the blog. I tend to be too private and that got me thinking because basically yes, I’m online, but apparently not enough. Wanting to meet this criticism, however, I would not know where to start to tell you something more so I thought of a hypothetical targeted interview. A blogger interviewed by her blog and the blog interviewed by her blogger. 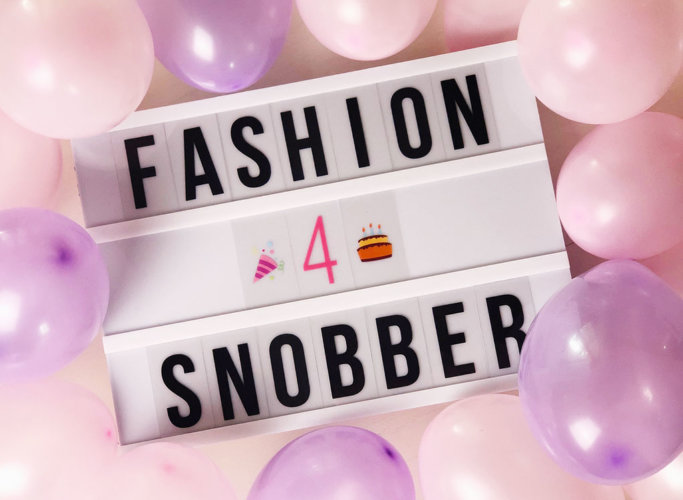 When did the idea of opening the blog come about?

Actually, since I’ve had internet, I’ve had 3 different blogs. The first on Windows Live Spaces, GraphicMoon, where I gave small graphics and explained how to customize your web pages through simple HTML and CSS as well as some basic Adobe Photoshop. With the closure of the portal I moved to the Blogger platform and while becoming a mother I opened Una Mamma Snob only after 3 years I realized how tight I was and four years ago I moved to Fashion Snobber.

Why did you choose this name?

The word snob is recurring in my life because my shyness and confidentiality by those who do not know me are interpreted in this way. In response, I simply started playing around with it.
Fashion Snobber, on the other hand, was born from a disgust caused by seeing how good taste, elegance and fashion are now falling more into trash than anything else, so much so that I get back into my fashion studies undertaken at university trying to make it clear how much not you have to follow ALL the trends but find your own style.
It has never been clear enough that while I love fashion in general, I basically snub it, at most I tease it ironically by making fun of me. In the sense, being aware of what my style is, of the limits of my body, my age etc. they do not dare at all to create regardless.
Now there is a rule of wearing luxury brands a priori, to be envied or to show how much money you have, even if the garments are objectively ridiculous and maybe they even hurt you.
Fashion Snobber is not aimed at fashion victims as much as at women next door.
Hence the pun between Fashion Blogger and Snob becoming Fashion Snobber. It is nothing other than my snubbing fashion blogs and maintaining a line of taste suitable for every type of woman in everyday life.

What do you love most about the blog and what less?

Mainly I love the ironic tone with which I try to have my say against the whole system, even making fun of myself and questioning myself without problems.
For the “colleagues” I am just the ugly and fat one who shouldn’t be involved in fashion but unlike many of them I have studied it and I know what I am talking about or writing about.
It fills me with joy to tear even half a smile since life already takes care of it and extinguishing them. I think that when we look for something on the net instead of finding complaints and suffering we need to be light and smile more.
Finally, I madly love the logo I created with which I often play adapting it to the seasons or to small graphic works often given to my readers. I would love to produce a themed capsule collection but I’m not bold enough to go for it. Also because I like it, but given how the world goes I don’t think it would be understood or appreciated enough.
The thing I like least is when I guess from a comment a reader who is not at all attentive to the content of the blog and therefore far from having understood something. For me it is a huge failure to be perceived the wrong way. I always say they have to be read beyond the lines but apparently, if and when they read, they stop there. Nobody ever sees beyond. Behind a blog are real non-robot people.

Is it difficult to extricate yourself in the world of fashion blogs?

Unfortunately, speaking mainly of fashion, I’m stuck in this category but I do not feel like I’ll ever feel like it. I do not want to disentangle me, I do not even care so much. My blog is and must remain firm. It only has a thematic thread (I studied that I can not talk about quantum physics) but then talks about everything and nothing based on how I wake up in the morning. Like any person with many interests or curiosity to whom he tries to give answers or wants to share what he has learned.

Do you have any reference fashion blogs?

Not exactly. It ‘very rare I take inspiration or be influenced by someone in particular to dress or behave. At most I can say that I particularly appreciate some French fashion blogs. They are never vulgar, never out of place and never too eccentric. To me who is noticeable only because he always wears a brand, he puts half naked or osanna every trend concandosi as if it were perpetually carnival sincerely makes tenderness because it seeks attention and envy in a world that has already become superficial of his we miss being remembered only for this.

The trait that you deplore most in your online presence?

Surely my inconstancy and then yes, the excessive confidentiality due to the fact that I do not seem to have a life or thoughts so interesting to share them often. Already with this car interview I find it hard to take myself seriously thinking someone can find it useful.

And what in others?

Feeling the new Ferragni of the situation and publishing only contents related to themselves. It’s OK to like and I could accept wanting to sell at all costs but I do not think anybody is just a fake and glossy image of herself. Or at least I hope for them.

How do you think the system can be changed?

He’s already changing by himself. It only takes time. Now the web and social media are saturated with large numbers (bought), fake and perfect cover images. The average user is learning to recognize them, begins to understand what is behind and trusts less. Most of the influencers are followed to be mocked behind, obtaining the influence effect on what they sponsor. He uses it I do not buy it. In my daily life I have witnessed this thought several times, I do not say so much to say. Leaving out the famous people right now they really influence people with smaller but real and natural profiles. Only the brands and agencies are aware of this.

In which era do you think you would have managed to get better to your audience?

What is your biggest extravagance?

Ah well, of course! I do not have megalomaniac social profiles with only photos of myself or parts of my body not requested highlighted. And then I do an interview by myself because I can not tell how anyone else. More extravagant than that!

Which goal did you set yourself with the bog?

Honestly nobody. For me it is a pastime in which precisely those things that I want to remember or that I can easily find when I need them. I have no idea where it might come from, in my opinion anywhere, the only thing I’m sure of is that I know exactly what it does not have to be and become.

Easy easy question, typical of every personal interview, merits and faults of the Moon?

The merits, if I have, I prefer to let them list to those who know me because I’m not a person who loves to praise himself and maybe the positive aspects that I see in me are not really perceived outside and therefore I would be a liar. Defects instead I have a go go. Insecure, impulsive, touchy, moody, fussy, wary, lazy, I talk too much or too little, I do not have half measures, I continue?

What do you like best and what less of your appearance?

Moreover, I am very sorry, but they are the eyes. Less hair, they can never behave and to have a decent turn I should live in a hairdresser.

Who would you impersonate you in a hypothetical film of your life?

Seeing that they sometimes say I look like him and it’s true I would not mind at all I would say Drew Barrymore, Claudia Gerini or Scarlett Johansson.

The most important lesson that life has taught you.

That the Walt Disney phrase “If you can dream it, you can do it” can be seen as a cliché but it is also a fantastic way to live.

Like the ironic one that says things as they are and has defended a taste that people still need.

What is your most guilty pleasure?

The food. I love him and hate him at the same time.

Who would you like to apologize for and why?

I do not think they even remember that I exist.

What is the most unpleasant habit you see in others?

Shuffle your feet with slippers and talk badly about others.

Since you’re often talking about style, what’s yours?

They are classic and preppy. For me in jeans, shirt and jacket you are never wrong now or in 1000 years.

The boss that should never be missing in your readers’ closet?

Only one? Let’s have two, a nice white shirt and a tailored tailored jacket.

We close the interview with a phrase that best represents you and the blog.

I prefer solitary wolves because those in herds are not so different from sheep.

Imaginary interview over. I don’t know what else to ask but if you have curiosity or other questions to make me open up more, do not hesitate and ask me anything you want. As they say, asking is lawful, responding politely and until proven otherwise I am still a courteous person. And for this year, happy blogbirthday at both La Fashion and La Snobber as well. With simplicity. 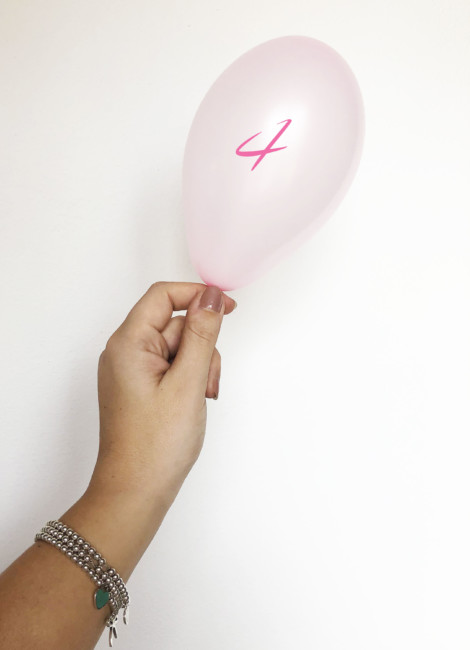 How a web page is made: introduction to the CSS code

How to make a birthday blog cake all by yourself