Love at the time of the double F

Double F. I decided to call them so because this art name, and that last name, have been too much inflationary. After reading and reading about all the colors about their love, even in the newscasts where I frankly expect news of all thickness, my brain has turned off to such a point as to pull out this useless and intellectually empty post.

Double F, he, she and their media love

I followed him because I liked how ironic he had with the world. Now I just hear her song change voice. My ruin was engraved with a cd with J-AX. I swear I found myself jumping on the pieces where I sang. Exaggerated? Maybe, but when it’s too much to stomach the people then it’s a moment. And for a true artist to lose even one fan would be a big defeat.

Never followed like all of his species. You know, I have content and apologize if I still read in the hope that someone is serious about transmitting something that is not just my ego. I do not like his “style,” if we can define this as something to do. Of course I recognize that she was ingenious in inventing a job and can teach so much about it even though she then brought all this fashion blogger on the net.

Their love has become worse than parsley. No, not Parsley of Gardaland though they might have more sense as mascots than boys like to imitate. Whatever they do (or do not) for days we talk about anything else. Especially regarding their love, true or presumed to be. Outstanding gestures and polemical. Remain the fact that new generations take them as an example. White sponge socks worn with slippers to go out included. And think that until some time ago this was a bad taste and zero style. Boh. 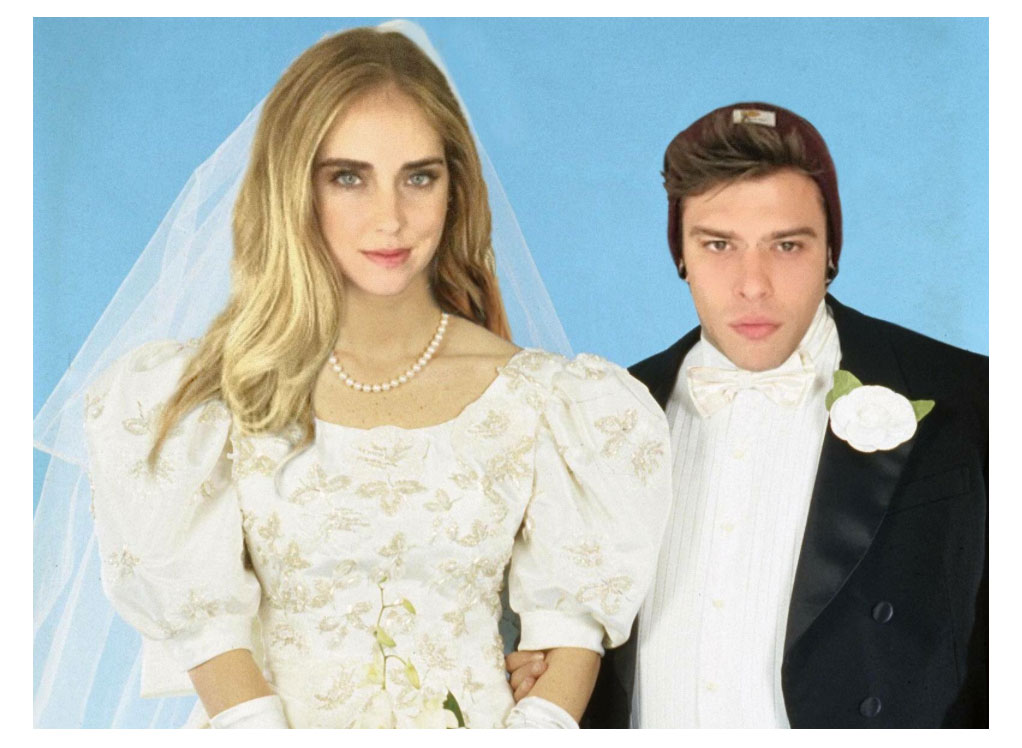 Love at the time of the double F

Love at the time of the double F is to make themselves and hearts as soon as any other online content is posted.

We are at the teenage levels of ringworms as “I think you” in the distant 90s. But yes, I have never even realized who puts the likes to myself let alone if I understand the couples who have to mark the territory of the other as the dogs do with peeing around. Everyone knows this, are not this the love demonstrations true no?

Love at the time of the double F is to constantly share the moments, even more intimate, of the relationship.

But if they do a pornographic film directly, where’s the photos where they are “going to” have the full boxes, would not it be fun for everyone? In short, even in magazines that were of a certain level I found the petting of these two in a bathtub. And if I wonder if I want to go to space, I’m going to look for it elsewhere, not sure of them.

Love at the time of the double F became the show of the world and the annihilation of privacy.

Like the money. Only those in so many have loved to show them over the centuries and so do odience. Yes, but to a certain extent. Because then it becomes a lack of respect for your nation where 80% of people do not even know how to get to the end of the month. But what about it, here we talk about love not of economic or ethical morals. Then all in the mass to share our love in every where, how and when without then realizing it. But what matters, we have to show it.

Yeah, what is love then? Indeed, such a feeling is so personal that it is impossible to judge, explain, interpret. None of us are able to point their finger on them. None of us can explain it exactly to the world. But this is a blog, my blog, so I’ll tell you about my love at the time of double F.

My love at the time of the double F

More times change and go in the direction of sharing more I have realized how much Love I try to protect, protect and conceal. About me it can be said that F&F had the opposite effect.

Love today should be protected and not thrown at the mercy of the globe.

That, as in the case of the double F, given the subjects, it is obvious that no one believes him and they give him over. After all, we overlook the fact that life has taught us how much in those environments it will end up in economic wars and will return our children as usual. Do I have that little hope of staying in believing love and romance so that I can not pour it over them? What’s wrong?

Will the love of double F last?

And who can say it? Maybe maybe, maybe not, but meanwhile. Marketing choice or not. In my opinion, it will only last if they will be able to really and deeply love them even when they are out of focus when the routine is insinuated. Because that is inevitable for everyone. From the stars to the stables.

And I? Is that us? We are going to last? I do not know that. To me the ring came to my dog’s neck as I watched the TV in suit on the couch and the request on a post-it found in the bed just waking after he was already gone out to go to work. Probably divorce will be communicated via WhatsApp before being blocked.
But we are not romantic at all, we do not make text, but do you know what I’m saying? That maybe it’s just the glue that keeps us together. In the routine of a relationship, adolescent disgusting passes and the urge to scream at the world fades but LOVE does not. Which then only the one at the end of the fair. Do not count on the money, the fame, the envy, the comments of the people or the ugly feet of F. Only the love, the happiness of both, and mutual respect. So dear double F in any way will end many wishes and children who in addition to say “Ciao Raga” or “Hi guys” we hope not to call Raviolo or look like to Rovazzi. For at least that, let’s save that here we have to think about how to face the most burly marriage in history in peace. But we want you the same. Each one of us in his own way. And tell him that it’s good for you too and it’s so comfortable. 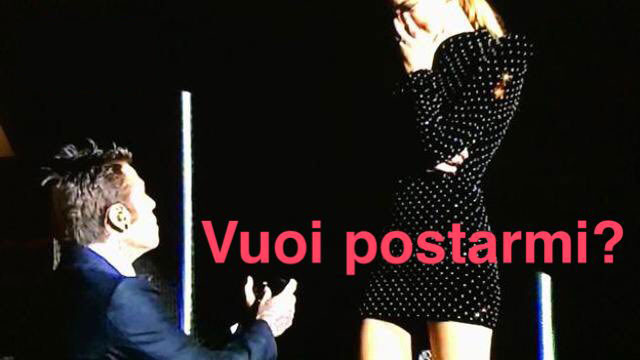 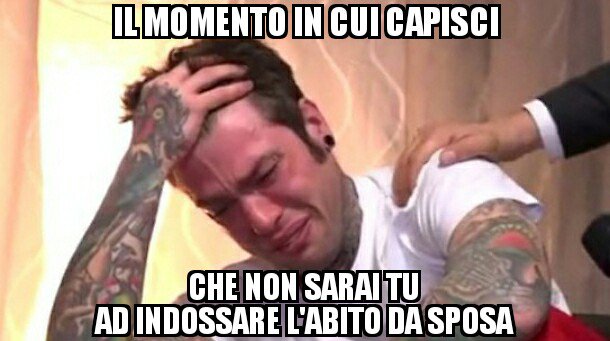 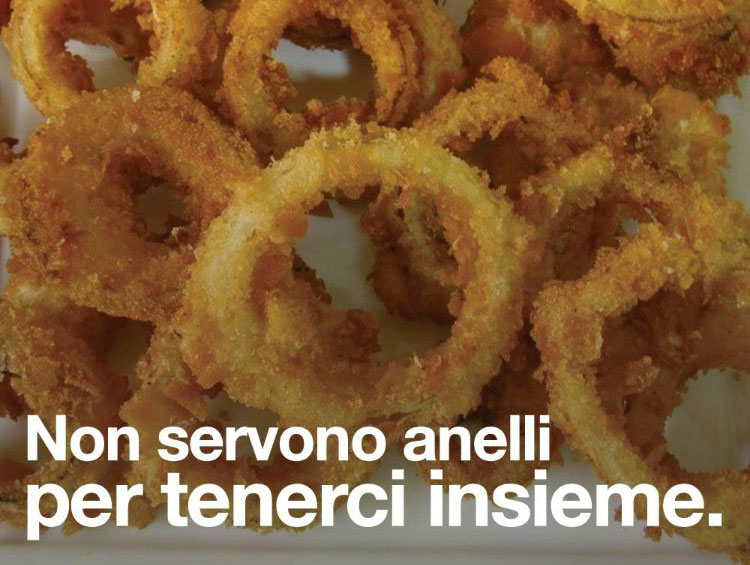 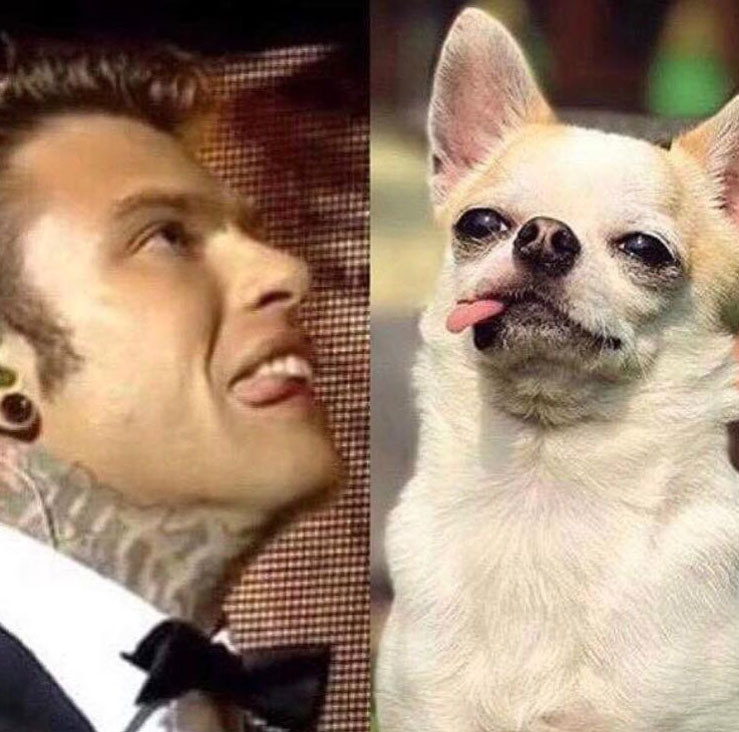 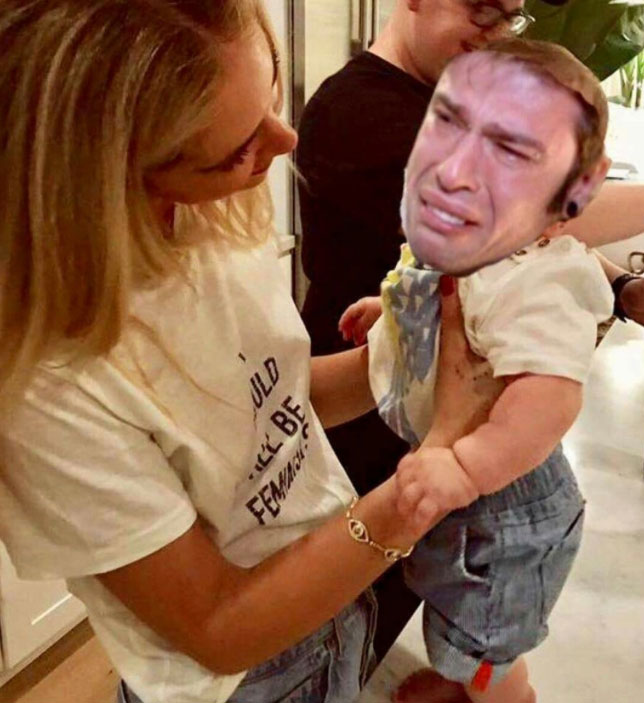 From leather to wine, when enology meets fashion

A blank page is a hidden poetry

How to live a summer at sea