And also this Milan Fashion Week 2015 is over. With its news. His events. His shows and his bla bla bla in a city that every time finds itself in the most complete chaos and becomes almost unmanageable for everyone. Me included despite having lived there for years. I still have the muffled head and I have to focus everything right.

The my Milan Fashion Week 2015

On the first day of Milan Fashion Week 2015 I attended the world premiere presentation of the Silver Doudoune created exclusively for the new Moncler campaign by Annie Leibovitz. Not bad for those who love silver. This brand of outerwear is certainly one of the best with the guarantee one of their leaders really lasts for years. With my old school stamp I could not resist letting myself be taken by the classic colors perhaps with some modern detail. A beautiful and innovative collection that’s for sure.

The second day I was at the presentation of the new VDP collection Via delle Perle signed by the new Creative Director Christian Blanken. I was pleasantly surprised by the Collection line in which luxury fits perfectly with the color between embroidery and light points. The floral is the master in all this for refined garments that any woman of class and good taste would like to wear. I was delighted to observe the shooting of the creation of the catalog. Seeing the dresses take shape worn by the models has made me see even more than the touch as the fabrics and workmanship are really good.

Soon after I attended the debut runway show at the Milan Fashion Week 2015 in La Koradior with the theme “The image of China“. Well, that’s for sure, as the Chinese copy well, nobody succeeds, so the name of the collection is absolutely right. Some clothes are very nice and some clothes deserved but too many references to our greats like Fendi, Versace, Cavalli and even something by Michael Kors. I know, I am extremely critical but this does not detract from the overall the collection is cheerful, colorful and with items I would wear without any problem.

At the end of the day after the cocktail at Manila Grace I went to the 7th edition of the National Competition “Baste a dream Sewing an idea“. Organized by Confartigianato Moda Roma and with the theme “Planet Earth” in which they won three models that I never thought were made by girls so young. In first place “The melting ice” by Daniela Latella year 1993 and student of the Euromediterranean Academy of Catania. To the second model “Flowers and Butterflies” by Chiara Trevisan year 1992 and student at the Istituto di Moda Melegatti. The third prize is the “Lo Smog” model by Maria Giovanna Selis from 1994, a student of the Altieri Academy of Rome. There is nothing to say, Italian craftsmanship and Made in Italy must be cultivated and enhanced much more because they promise well also in the future. Fantastic the winners of the Oroarezzo contest that deserve to be mentioned. They left me literally speechless. The Italian touch, the real one, always remains the best.

The third day I went to Cecilia Arpa‘s cocktail party for the presentation of her 2016 spring summer collection. A stylist capable of making every woman dream with her original creations. A line dedicated to those who have never given up and whose heart is always pink and the soul is light like his. I totally fell in love with a yellow tulip skirt, not only because tulips are my favorite flower but because it is a unique garment that I would like to wear. I loved searching for details and inventing a pocket that magically hides or makes a flower appear. Her wheeled skirt with a famous fairy tale then is spectacular, made without seams and able to make anyone dream of preventing us from losing our child’s side where we all take refuge sometimes. We will surely hear more about her and wish her to get where she wants because this designer has a unique sweetness. Congratulations.

In the afternoon I took a makeup session at Burberry to relax a bit and learn about their new make-up collection. I thank the fantastic Elies for the wonderful result, the tips she gave me and the chatter between girls. It was truly an unforgettable afternoon of this Milan fashion week 2015. If you happen to pass by her, let her make up and pamper yourself while savoring the classic style of this brand. Burberry is a certainty in every field, nothing to say but bow to this timelessness. 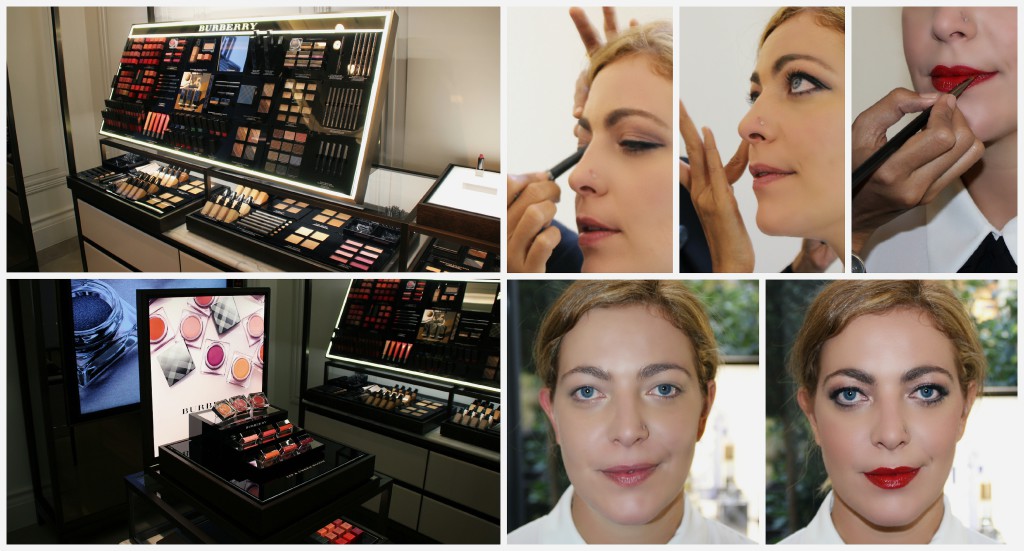 To end the day could not miss the cocktail party at Dolce & Gabbana where after the third glass of wine (I can stand a little) delirium started and I started kissing shoes and immersing myself in a perfect Dolce & Gabbana style. What you say, you know the collection, it speaks for itself and I would have bought everything. At one point I even thought about wearing a pair of shoes and trying to go out but maybe it wouldn’t have been the right behavior for a Snobber. ;) 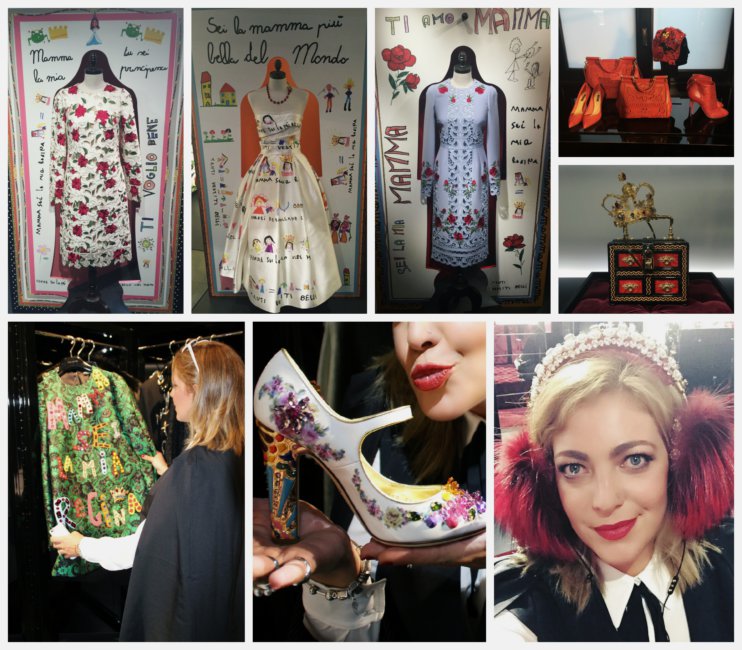 On the fourth day of my Milan Fashion Week 2015 a bit of street style around to let me know and make fun could not miss. At the end of the day the emerging fashion show at the Hotel Sheraton Diana Majestic was better if I skipped it. Should I tell you something about this open-hearted event, my answer would be a nice “…”. I am infinitely sorry but it was disorganized, dark and the sound crackled and whistled. The models were out of time and nothing was visible of what they wore. Too bad not being able to do justice to the new proposals, a sector that personally attracts me to value and be able to know better. Talking about the big names is always easier, in my opinion it is also much more interesting to make the new ones known. 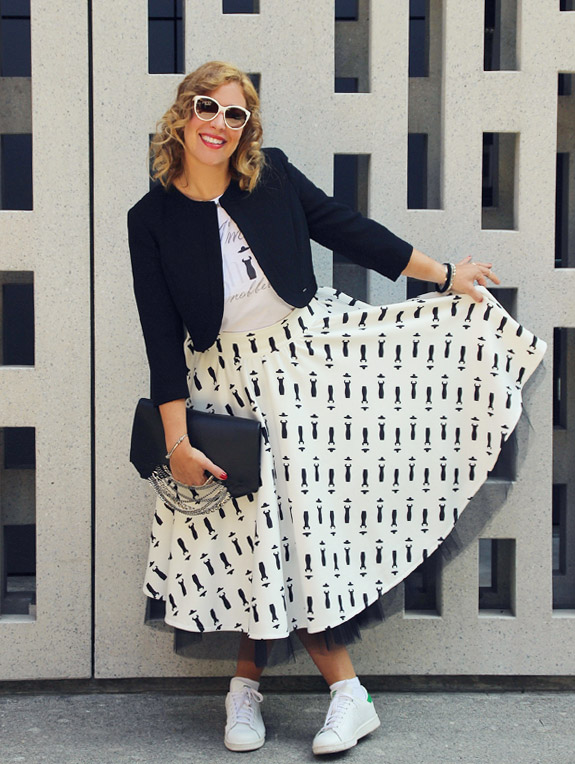 The last day of Milan Fashion Week 2015 allowed me to end with a bang with Alberto Zambelli‘s fashion shows in Piazza Duomo and Jhon Richmond at Castello Sforzesco.
The first one has pleasantly impressed me for its game of transparencies and some garments with truly impeccable tailoring cuts. Those who know him know well what his style is and with this collection he has not denied. His touch is visible and in my opinion it is already recognizable despite the few years of presence at the Milan fashion week. This collection inspired by the photographs of Seydou Keita taken in Mali in the years between ’48 and ’63 for better or for worse will be talked about. What do you think about it?

Finally John Richmond was simply fantastic, usually not in my genre but this collection surprised me a lot. He created dream dresses in which the applause broke out spontaneously in the middle of the show just to give you an idea of the effect they aroused in the audience. Perfect workmanships, fabrics and lines. I particularly loved the shade of blue used on some dresses and day suits.

My Milan Fashion Week 2015 ended this way. All that remains is to wait until February and see what the next Milan fashion week will give us. Stay Tuned!

Best street style outfits from the most famous...

Best 69 looks of the brands present at...

Loved this post, you always brighten up my evenings! Xx