Also this year at the Lucca Comics & Games I repeated the Sailor Moon Crystal cosplay in the guise of Usagi Tsukino. For those who are totally ignorant on the subject it is a middle school student who suddenly discovers that she is the Moon princess and with the help of the guardians of the other planets of the solar system she finds herself having to save and protect the earth. The story lasts until he becomes an adult and gets married. It is one of the few Japanese manga that has gone ahead for several series. 5 in all plus some mini side adventure. Since I was a child I dreamed of being able to play Sailor Moon in the first series of the Japanese comic of the same name and so here I am to tell it.

Cosplay and cosplayer are those who mostly characterize the most important Italian event concerning the world of comics, video games and movies. Our Lucca Comics & Games never denies itself every year for unmissable affluences and events. Last year the official Bandai Sailor Moon stand is also present where I left my heart on the reproduction of his crown worth € 4,000. And then they say that making comics is not productive…

Having said that, before leaving you to watch my Sailor Moon Crystal cosplay I want to clarify what I imagine many people expected to see me in a combat version but by now you should know how they are. I always go in search of the least seen and taken for granted. Sailor warriors are seen in fleets. I don’t think it would be a pretty sight from me as well as not very nice towards my son and my husband. Old school attached to the label, I know. Forgive me and accept me like this. Maybe sometimes I could dare more but I can’t do it, it’s not part of me. I believe we can do everything in a way that is always polite and conforms to our age, lifestyle and physical. The fighter’s outfit I wear in private at my house.

I leave you with the images of those days when, at least once a year, I can be and feel who as a child made me dream with her comic story and kept me glued to the TV. The Sailor Moon Crystal cosplay dress was made by my trusted dressmaker. Instead the various accessories like scepter, brooches, pendants and wig have been found on various European and Japanese online shops. The pins are two, one more related to the comic and the new version of the cartoon, and the other, the most known and my favorite, of the 90s cartoon. 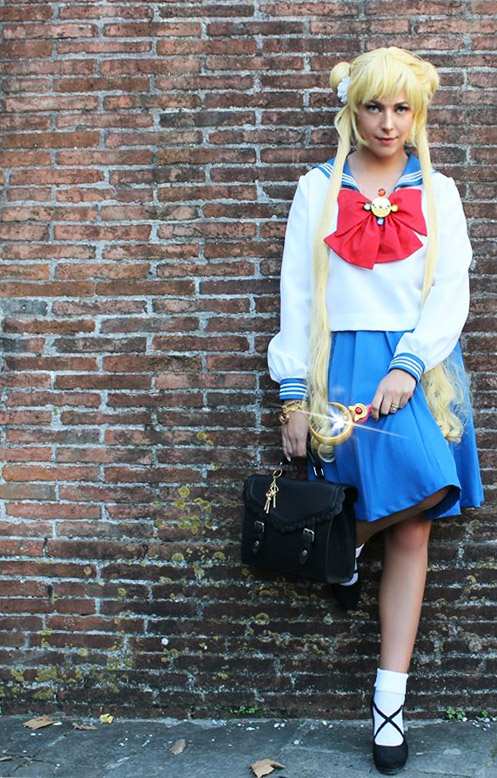 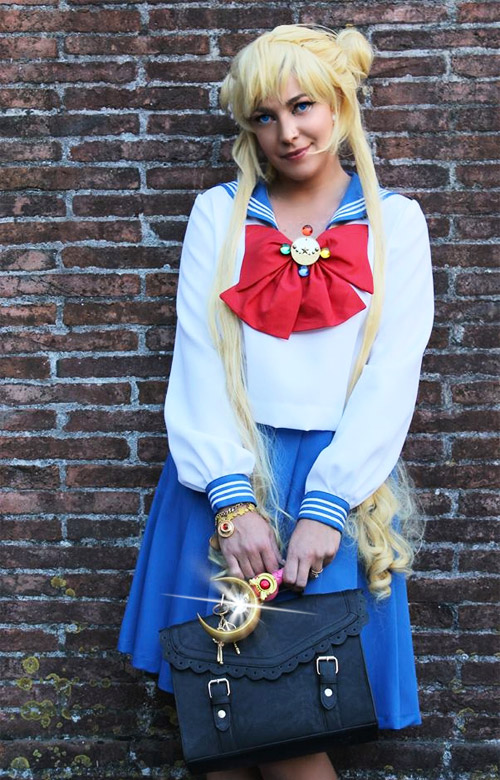 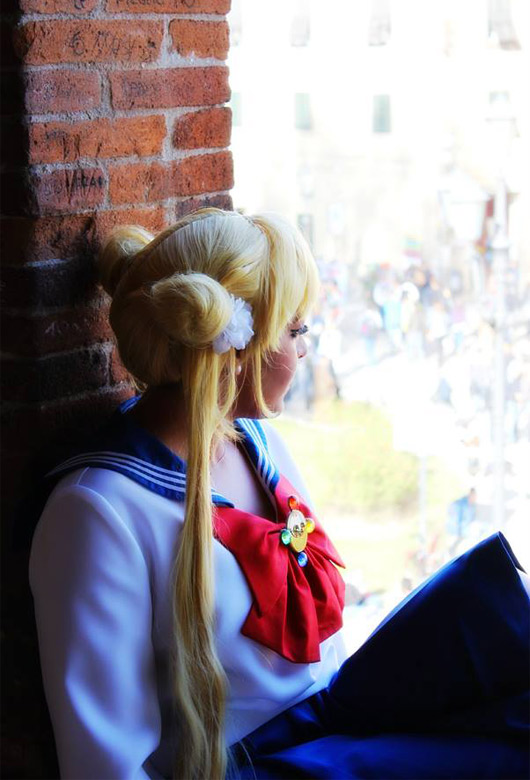 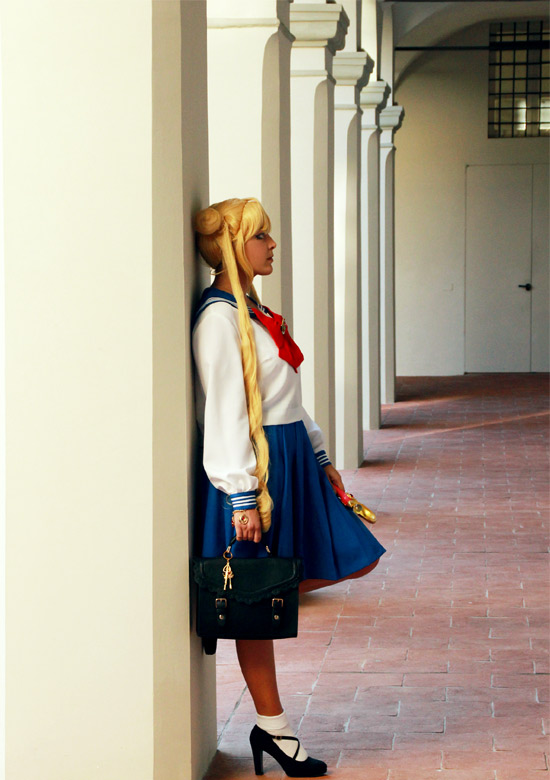 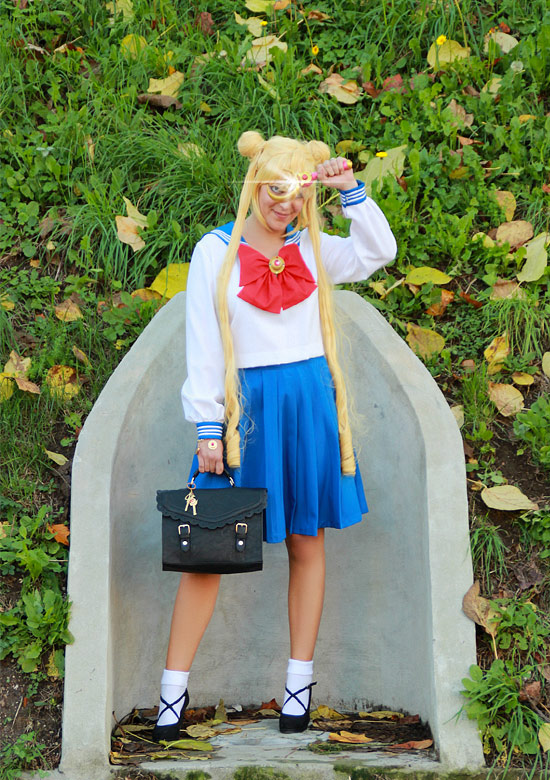 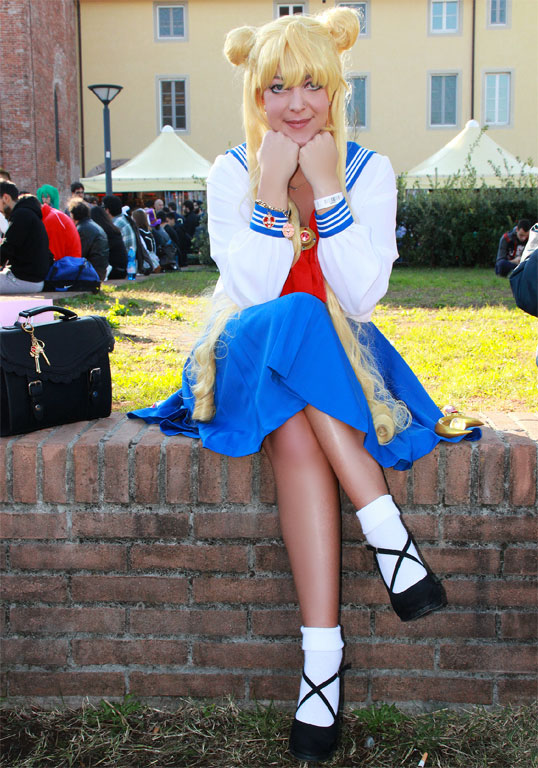 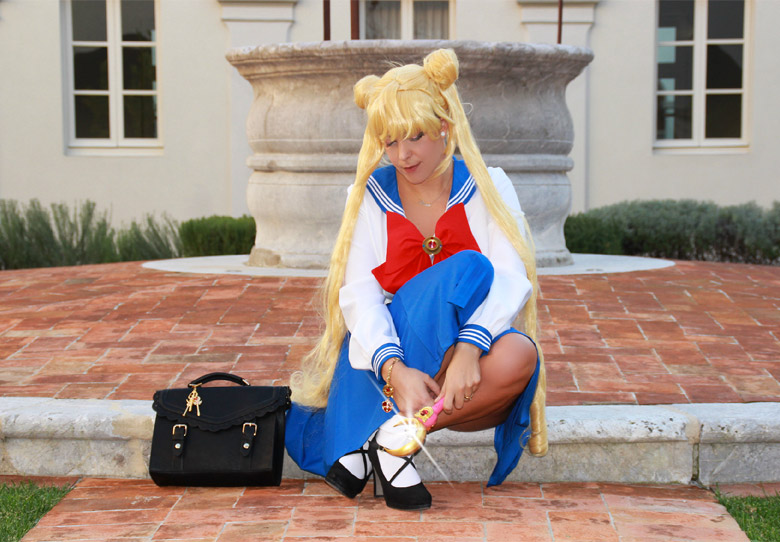 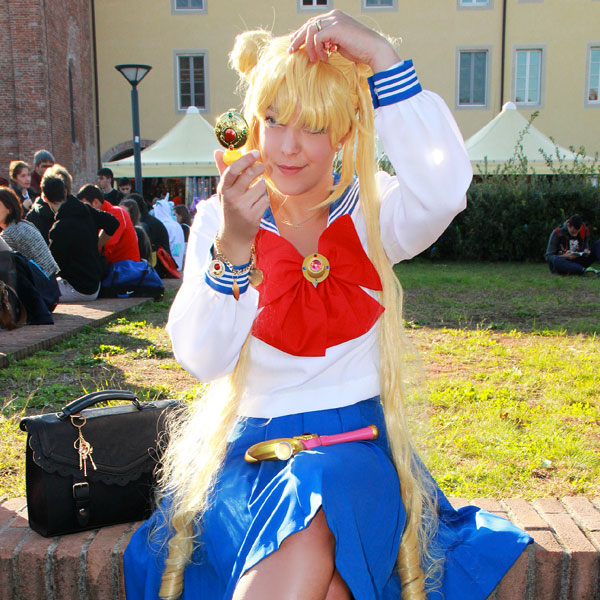 It is always nice to see adult people who remember the manga or cartoon with which they grew up and want a picture with my Sailor Moon Crystal cosplay years later. Little girls fill with joy when you give them the lunar scepter in their hands. I saw my son get excited about his favorite superheroes with such euphoria that I really hope this event never stops. It should be Lucca Comics every day to stop us from dreaming and remembering the sensations we felt when we were children. It’s exciting. Finally I leave you with the photos of the real protagonists of this event, the most beautiful cosplay I’ve seen and thank you for making all this unforgettable. Without them the Lucca Comics would not make sense. 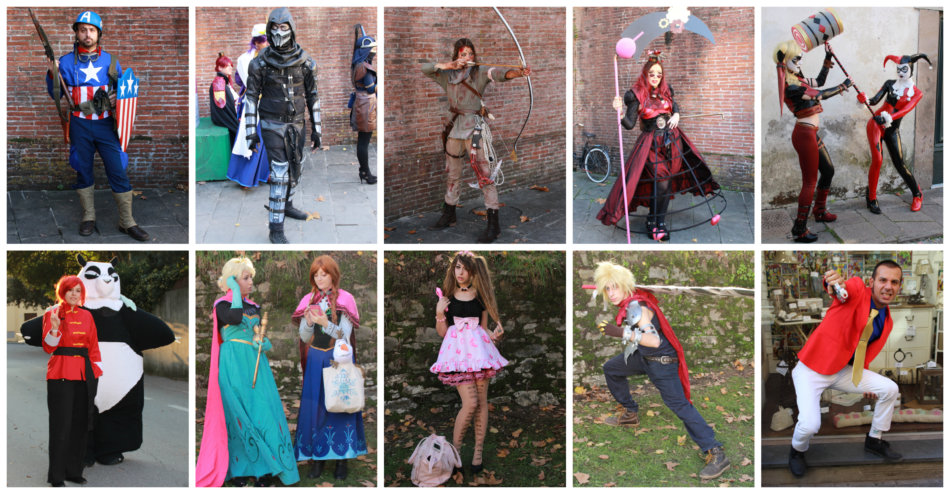 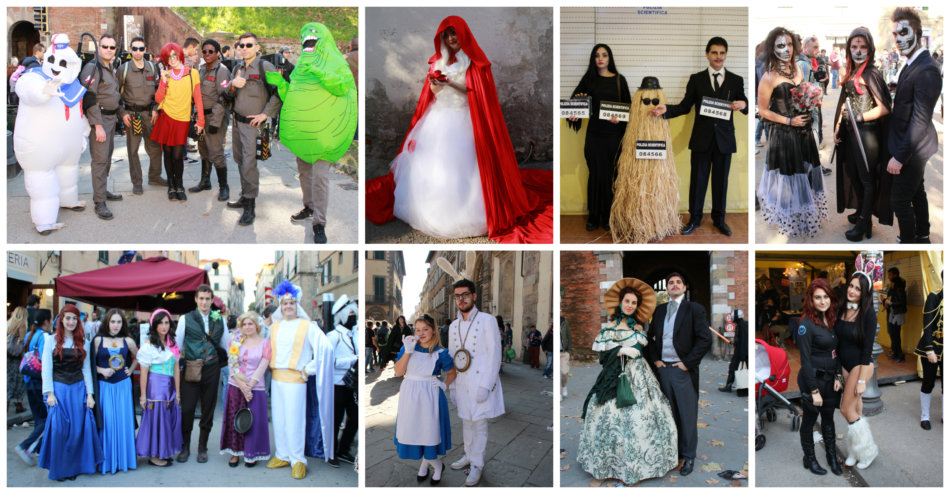 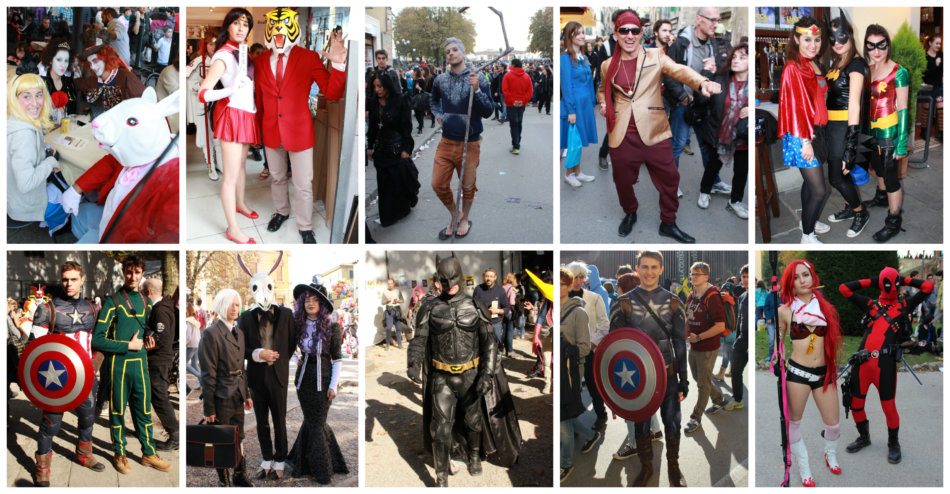 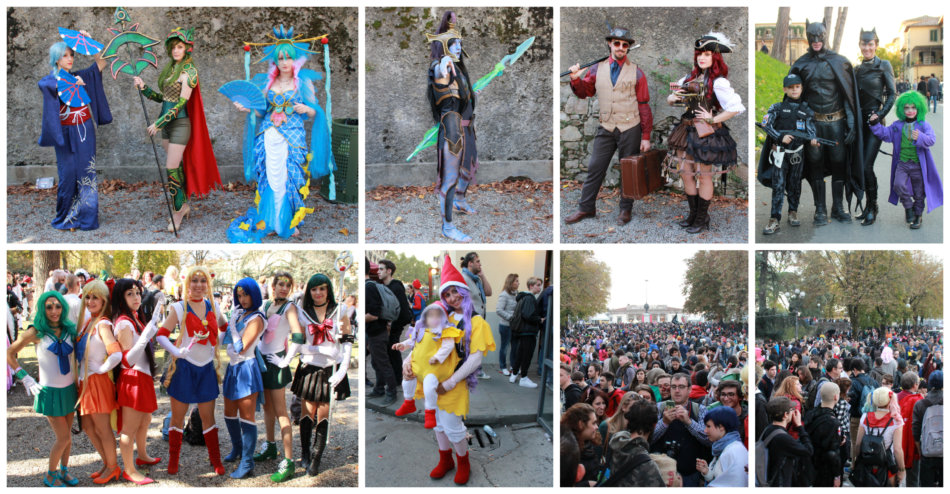 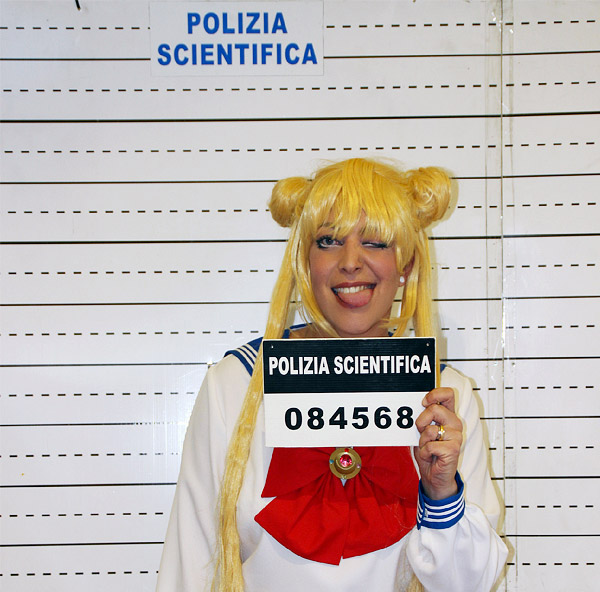 While I am trying to get myself released by the forensic police and hoping for the Sailor Moon Crystal cosplay, I look forward to seeing you at the next outfit.

Meanwhile, you may read “10 Reasons to Want to Be Like Sailor Moon“.

Fashion and style: how to wear and match colors

Total black outfit: how to wear black in winter

What a cool outfit! I love ittt
Kat | Delirium Style

You look so cute in your sailormoon outfit!
Styleccentric Fashion ~ Blog Page ~ Bloglovin

Ah you looks so sweet. Not sure I’d have pulled this look off as well as you, but you totally nailed it.