Portugal is a state full of places to see and after having spoken in general of Portugal’s Alentejo we go to major points of interest that I visited and where I let myself be enchanted. The Alentejo is also an unknown region Italians but extremely interesting from a cultural architectural point of view.

Estremoz, latitude 38° 50’39 “N, longitude 7° 35’09” W, altitude above sea level 425 m. 15.672 inhabitants in one of the most beautiful towns in the Alentejo. The old town is a medieval village that still lives within its defensive walls that are accessed by a beautiful drawbridge just as then. The flooring is made up of marble fragments from important white marble quarries of this city. An italian Massa Carrara out door. To visit the Queen Santa Isabel Castle is now a Pousada where I was lucky enough to stay, the chapel adjoining the castle always dedicated to the Queen Santa Isabel in the town outside the walls, “the lower city”, with its colorful Saturday market, the candid white houses framed by typical portuguese tiles azulejos or bright colors such as yellow and blue. Without forgetting the vineyards around and the Science Museum located in a charming former Franciscan Convent. 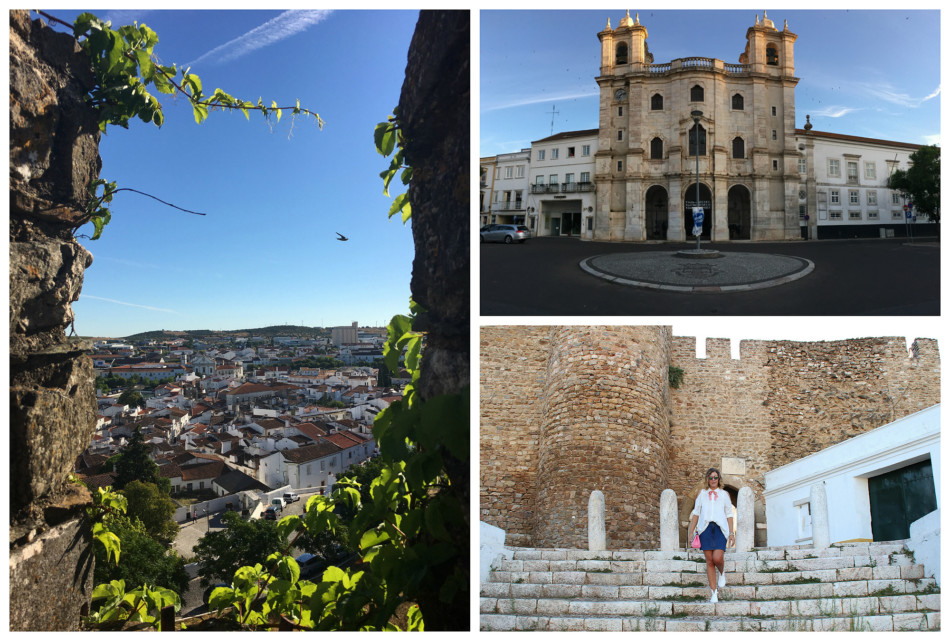 Castelo de Vide, Latitude 39° 24 ‘58.46 “N, longitude -7° 27’ 24.48” W. With its 3.872 inhabitants and its Arab and Roman origins is like being catapulted into the Middle Ages. Dominated by a castle and characterized by its narrow streets with whitewashed white houses with lime, typical Portuguese characteristics, it is impossible not to love him. To visit the Jewish and medieval quarter, the Castle, the Medieval Synagogue and the strong de São Roque. Walking through its tiny streets and be carried by the smell and the colors of flowers on display outside every door and window will make your visit even more pleasant and romantic.

Marvão, latitude 39° 23’37 “N, longitude 7° 22’35” W, altitude above sea level 825 m. 4.029 inhabitants, of which 185 in its charming village UNESCO World Heritage Site since 2000. Considered arguably the most beautiful village in the Alentejo that perhaps only Monsaraz holds head. E ‘it characterized by its imposing walls overhanging the living rock and viable for the entire perimeter. To see the Castle, the Igreja de Santa Maria and the adjacent garden. Go around the patrol path admiring the white and picturesque homes, observing the landscape from Alentejo, perhaps during a serene twilight, in my opinion it is the top.

Elvas, latitude 38° 50 ‘N, longitude 7° 10’ W. 23.361 inhabitants in this old military fortress that served to counter the Spaniards. Impossible not to fall in love with its historic center. Stands the imposing Aqueduct of Amoreira, the largest in Europe still working with its 800 arches for 7 km. To see the old city within the walls with its features flowered streets and churches, the city’s main square, the wall which resembles the shape of a star like the beautiful Forte Nossa Senhora da Graça and the Forte de Santa Luzia.

Finally I have left to tell you about the capital of the Alentejo Évora, a bit of the sea in the area of Comporta and Setúbal. But the latter stages it’ll get next Monday. Are you tuned! :*

Sea holidays: ideal outfits and what to bring...

Portugal, to discover the Alentejo

Weekend in Alba among the ways of the...

Holidays in Greece? The Unesco tells us what...