Well yes. I have not resisted. Between my nerditude and Spruzzetto di Sole that always makes me play with superhero action figures, I certainly could not delay much in making me want to join them in some way trendy. On an afternoon of general fanaticism, I took the characters I always considered the coolest and I brought out a superheroes outfit theme for each of them.

Superheroes outfit are in alphabetical order so as not to harm anyone. The first, as is well known, is my absolute favorite. 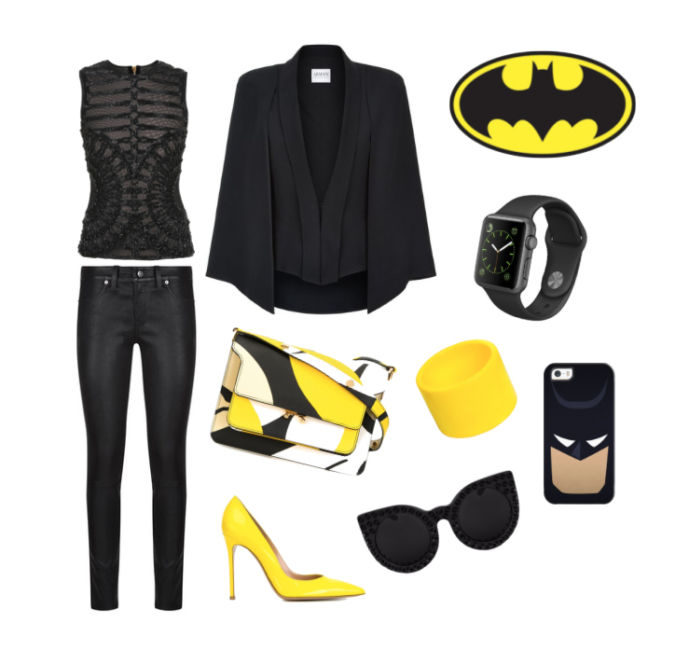 Character of DC Comics published for the first time in May 1939 and designed by Bob Kane and Bill Finger. Under his bat mask hides the billionaire Bruce Wayne. For the first superheroes outfit inspired by the Dark Knight I thought of a total black with yellow details that recall the color of the logo. Balmain a top under a jacket cape Giorgio Armani, Ralph Lauren, shoes leather pants Gianvito Rossi, Marni handbag, sunglasses Delalle, Apple Watch watch, bracelet and Dsquared2 cover theme. 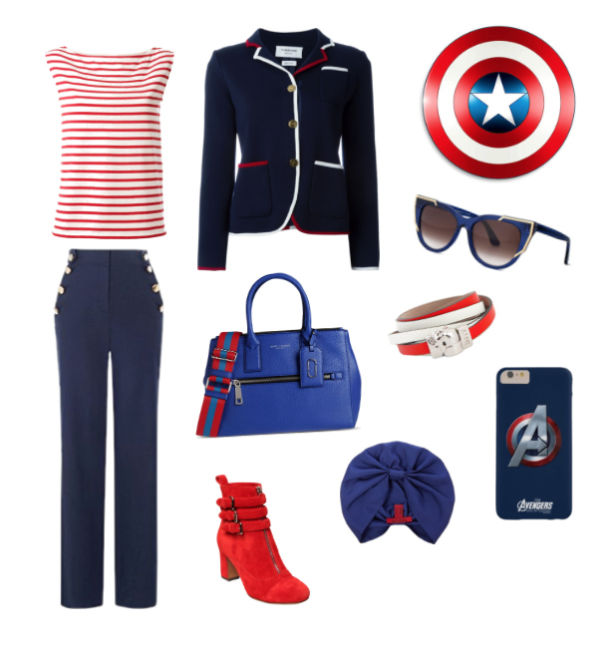 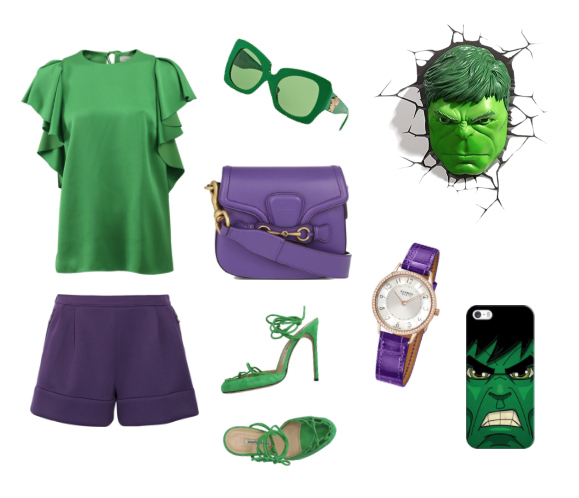 Another comic book published by Marvel Comics, created by Stan Lee and Jack Kirby in 1962. When he is not angry and has a “human” color is the nuclear physicist Bruce Banner. A casual superheroes outfit characterized by the color of his skin green and the purple garment of the one who is wearing when he becomes The Hulk is my interpretation. A t-shirt Lanvin, Phillip Lim shorts, Manolo Blahnik shoes, bag Gucci, Versace sunglasses, Hermès watch and cover theme. 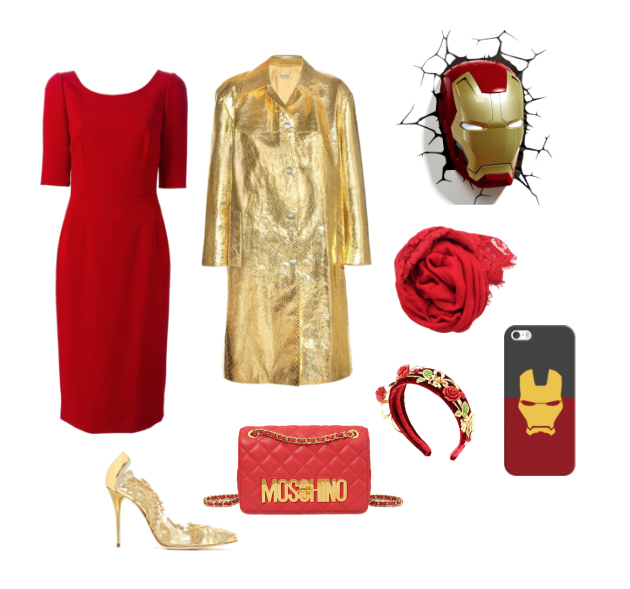 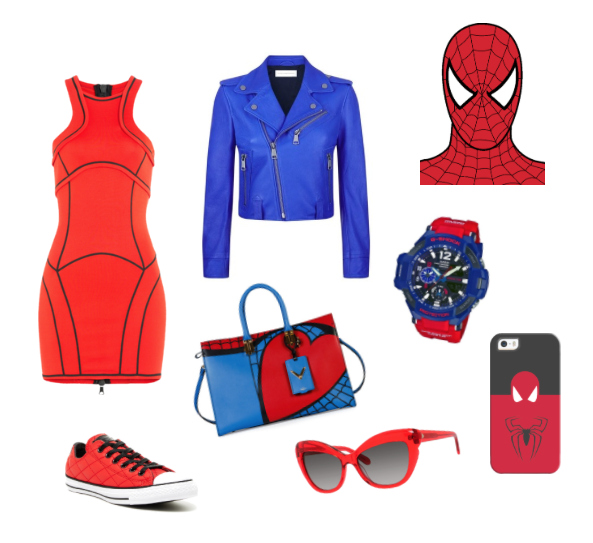 Another character of the Marvel Comics comic book created in 1962 by Stan Lee and Steve Ditko. Under the Spiderman mask hides the freelance photojournalist Peter Parker. For this superheroes outfit beloved by children I thought of a youthful look characterized by lines that summon cobwebs remaining anchored to the colors that characterize his mask. Dsquared2 dress, jacket Victoria Beckham, Converse shoes, sunglasses Kate Spade, G-Shock watch, handbag and Valentino cover theme with spider. 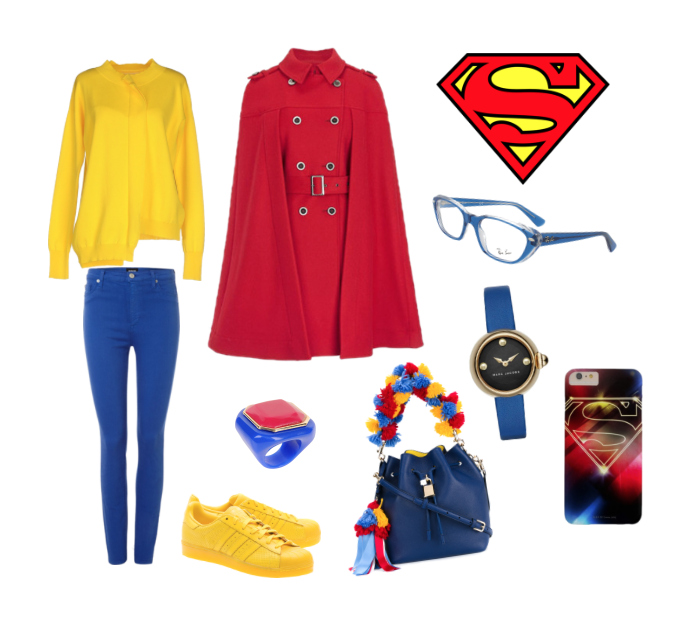 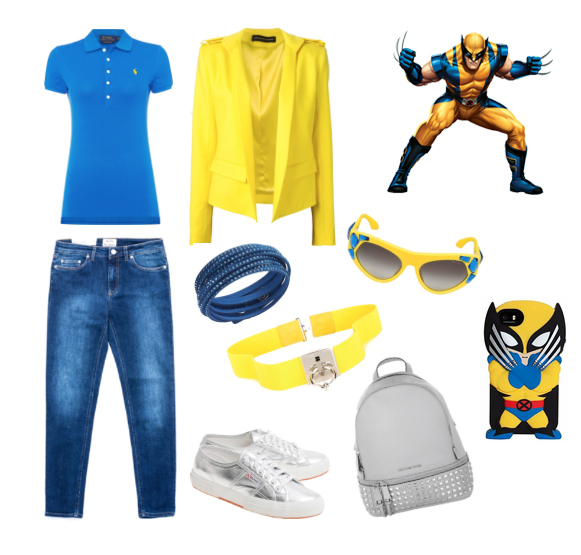 Another character from Marvel Comics comic book created by Len Wein and Herb Trimpe in 1974. His identity matches that great piece of dumpling James Howlett better known as Logan. For this latest superheroes outfit I interpreted her outfit often in jeans and t-shirts using the colors of her costume with silver details that recall the claws with which she is equipped. Polo Ralph Lauren T-shirt, jeans Acne Studios, blazers Alexandre Vauthier, Superga sneakers, backpack Michael Kors, Swarovski bracelet, Dsquared2 Belt, Prada sunglasses and cover theme with the character.

Did I manage to get the idea with these superheroes outfit? But above all, what are your favorite characters?

Credits: set made on Polyvore.

Outfit: in a bon ton dress to play outdoors

Outfit: how to wear a bon ton style denim skirt

Sailor Moon outfits: how to feel like a warrior every day

These are brilliant and so fun! I adore that you are a fan of such things as I am a superned myself :) Kisses

All Things Bright and Lovely