Have you never visited Rome and you only have 1 or 2 days left, not knowing exactly what deserves to be seen? Don’t panic, today we will discover together those 10 places, to see at least once in a lifetime, to make our first weekend in Rome unforgettable.

What to visit during a weekend in Rome

Rome, latitude 41°53′35″N, longitude 12°28′58″E, 21 m altitude above sea level. Located in the Lazio region of which it is the capital, with its approximately 2,857,321 inhabitants it is also the capital of Italy. The most populous municipality in the country and a European city with the largest surface area of green areas, it is the only city in the world that hosts another state, the Vatican City. Rich in history, monuments and places of interest, a weekend in Rome to truly discover the whole city is not enough, but it can be a good starting point. Think that it is also one of the favorite destinations of Italians, one more reason to leave immediately.

1. St. Peter’s Basilica in the Vatican 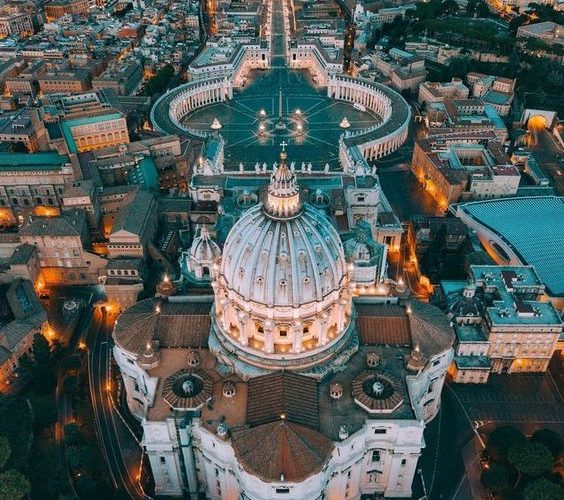 Symbol of the State of the Vatican is the largest church in the world. With its Renaissance and Baroque architectural style it is spectacular in every corner and work among which Michelangelo’s Pietà stands out without a doubt. 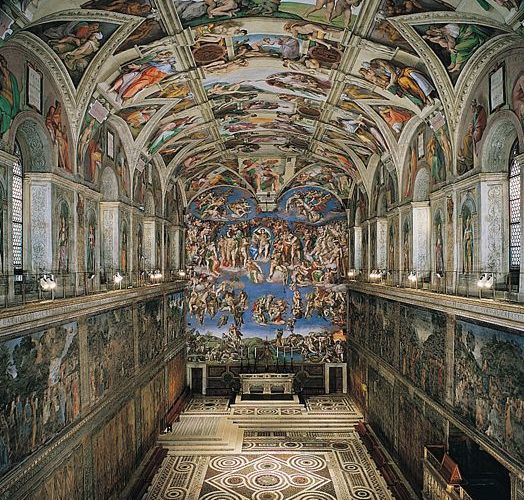 Located inside the Vatican Museums and characterized by the typically Renaissance architectural style, it is known throughout the world especially for the frescoes by Michelangelo Buonarroti that cover the vault and the wall above the altar. Imagine that it took 10 years to finish all the frescoes. 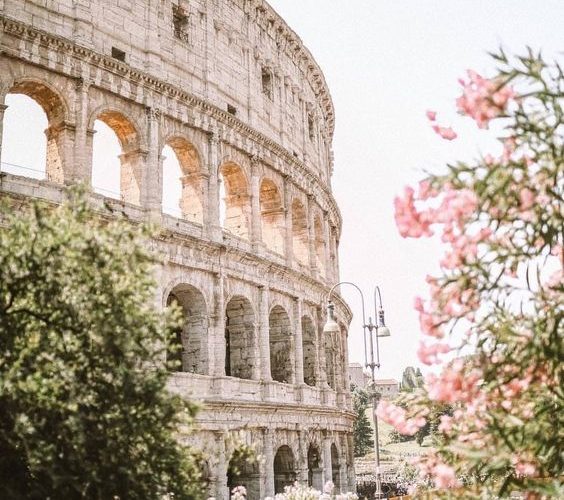 It is located in the center of Rome and is the largest amphitheater in the world. The very symbol of the city and one of the most famous in Italy in 1980 it became a UNESCO World Heritage Site as well as being one of the new seven wonders of the world. A key stage during a weekend in Rome. 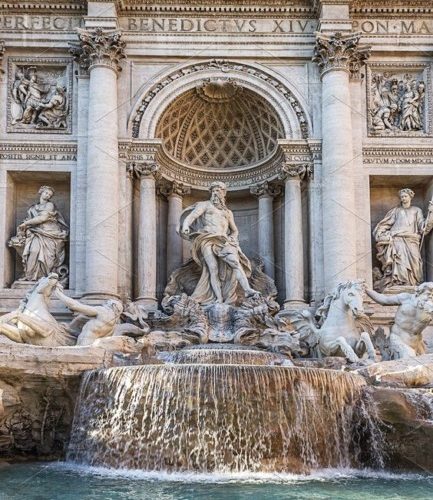 Designed by Nicola Salvi, it is one of the most famous and well-known fountains in the world. The theme of the entire work is the sea, dominated by the god Oceano (in the center) while advancing on a chariot shaped like a shell pulled by two winged horses (on the left “agitated horse”, on the right “placid horse”) identifying the moments principal of the sea. In the side niches instead there are two statues representing Healthiness and Abundance. Finally, not everyone knows that on the right side there is another small fountain called “the fountain of lovers“. A rectangular tank with two spouts in which the couples drinking together from this fountain are told will remain together and in love forever. 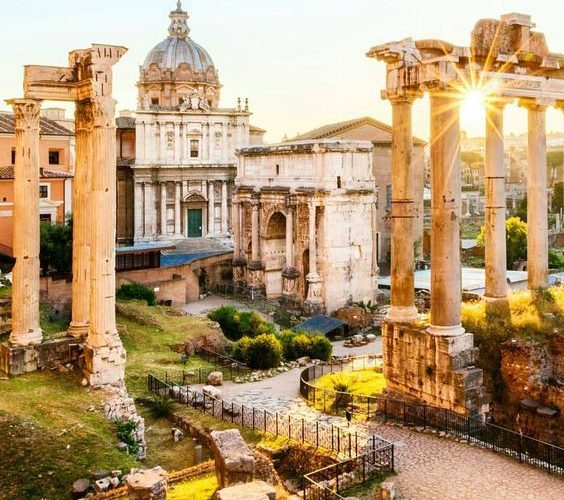 They are located between the Colosseum and Piazza Venezia and represent a series of monumental squares in which it is possible to walk admiring all the remains of these past times. A beautiful piece of history of our country to enjoy during a weekend in Rome. 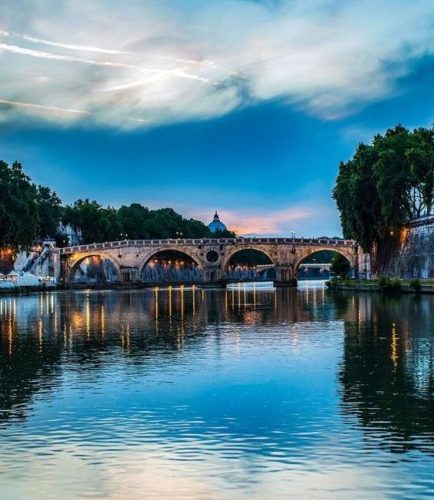 The whole avenue that runs along the Tiber built mainly to stem the river floods. Among the best points to go to certainly stand out Ponte Milvio and the one near the Tiber Island. 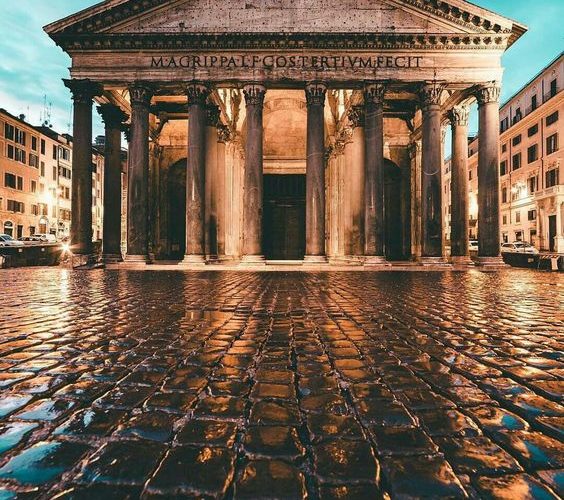 Located in the historic center of Rome near Piazza Navona and characterized by its Hadrian style, it was built as a temple dedicated to all past, present and future divinities. 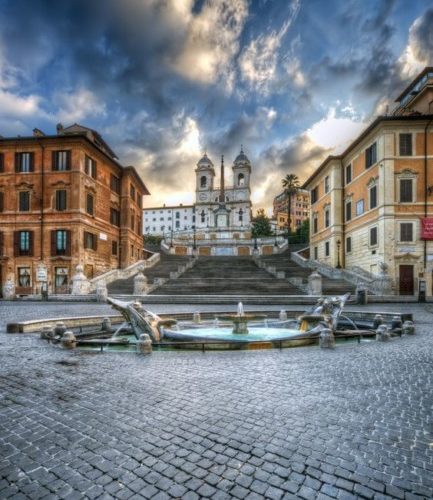 One of the most famous squares in the capital, with its monumental staircase of Trinità dei Monti, consisting of 136 steps, and the Barcaccia fountain sculpted by the Berninis. A must on a weekend in Rome. 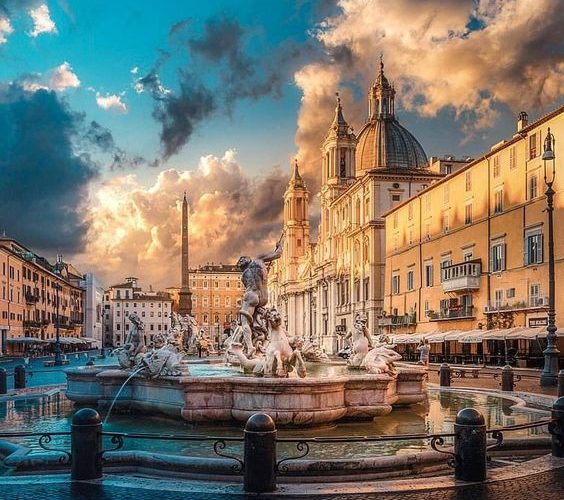 Symbol of Baroque Rome and built by the Pamphili family to celebrate the greatness of their family, it has the form of an ancient stadium. In the center stands the Fountain of the Four Rivers (Danube, Ganges, Nile and Rio della Plata) representing the four corners of the earth. Over the years it has also become a location for street artists, painters and portraitists who exhibit and create their works on the spot. 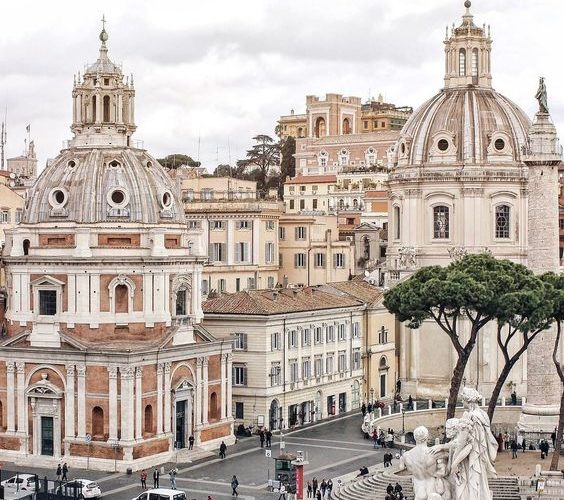 It is located at the foot of the Capitol in the exact spot where five of the city’s main streets cross.

How to organize our 1 or 2 days visiting Rome

To spend a perfect weekend in Rome besides knowing what absolutely deserves to be visited it is important not to neglect the choice of a good hotel that can accommodate us. In fact, the location of the hotel we choose over the price and the comforts offered will be very important. Whether we are a family or world travelers, Best Western for example has a wide selection of hotels in Rome suitable for every need and perfect for our weekend in the capital. And now that we know how to organize ourselves at 360° we prepare the suitcase, we just have to leave to discover Rome!

How to pass the swimsuit test without dieting

How to choose the most suitable swimsuit for us