Holidays on Lake Como: what to visit around Lenno

I’ve been going to Lake Como, in Lenno, practically since I was little. Whether it’s spring, summer, autumn or winter, I can say that I know all its most beautiful seasonal shades. I had been missing for about two years but this summer I made up for it, because, even if it seems strange, I admit that I can’t stand it anymore with holidays by the sea and Bolgheri. In that corner of paradise I saw the most beautiful skies, everything is always green and my son never gets tired of the company of ducks and swans. So, after refreshing my memory, I thought it might be interesting to tell a little about what is worth visiting on Lake Como. 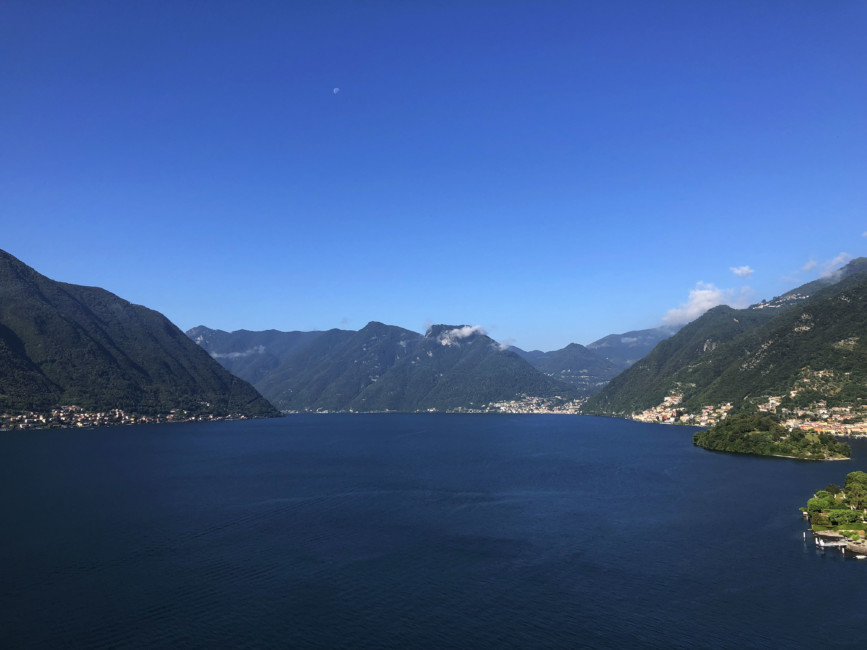 Lake Como (also called Lario), latitude 45° 59′ 25.08 ″ N, longitude 9° 15′ 42.12 ″ E, altitude above sea level 197.39 m. With its surface of 145 km² it is the natural lake with the greatest perimeter extension (170 km) and the deepest one in Italy.
Just think that from an average depth of 161 m it reaches its maximum around 410/418 m. Not bad right?
Located in the provinces of Como and Lecco, it has the shape of an inverted “Y” and has always been one of the most chic and high-level tourist destinations. It is no coincidence that it is dotted with prestigious villas and large luxury hotels. In short, the days when it was remembered only for the setting in the novel I promessi sposi by Alessandro Manzoni are far away. Lake Como is more and much more. About 50 km north of Milan it is also one of the favorite destinations of the DOC Milanese.

What to visit around Lenno

When I go to Lake Como I always reside in Lenno so I can only talk about that area and recommend places in my opinion that really deserve to be seen at least once in a lifetime. I state that however each lakeside village is characteristic and suggestive. I limited myself to telling about those I usually frequent, almost as if I lived there.

Ossuccio is the village before Lenno in front of the Comacina Island. To visit the Sacro Monte di Ossuccio, a UNESCO heritage site with its Sanctuary of the Beata Vergine del Soccorso. The Comacina Island, on the other hand, is the only islet present in the whole of Lake Como and is owned by the Brera Academy of Fine Arts in Milan. Very small and by now uninhabited there are only a small church and a restaurant with some ruins of the past. Around the last week of June, it is metaphorically given fire during the feast of St. John, covering it with fireworks. A truly unique and fascinating show worthy of note.

Lenno has a very romantic lakefront with delightful corners. To visit there is the collegiate church of Santo Stefano and the Romanesque baptistery. On the tip of the Lavedo peninsula (between Ossuccio and Lenno) stands Villa Balbianello. FAI heritage and famous above all as a film location. They recently shot the second episode of Star Wars and Casino Royale there. The villa dates back to the eighteenth century and was built by a cardinal on a Franciscan monastery. It has been handed down for years, with ups and downs between improvements and a state of neglect until the 1970s. Moment in which it was bought by an explorer who left it after his death at the FAI. The latter keeps it as it was and in fact inside it is impossible not to savor the magic of the travels of its last owner.
It can be visited almost every day and to get there I highly recommend you take the whole walk in the woods starting from Lenno.

Tremezzo is found continuing on Lake Como towards the north after Lenno. Known are its public gardens designed by Pietro Lingeri and Villa Carlotta famous for the works of art exhibited inside and the huge terraced garden that surrounds it.
Villa Carlotta dates back to the late 1600s and was built by a marquis. Later passed to an art collector to finish in the 1800s as a wedding gift to Carlotta, daughter of a princess from whom it took its name that it still bears today. Since the end of the 1920s, a specific body has been dealing with it, set up specifically for the management of the villa, the works and the huge garden. Two of the three floors can be visited plus the garden which offers over 500 species of different plants and flowers. If you are lucky enough to visit it in the period of full bloom it will remain in your heart.

Menaggio is the slightly larger town in the area. Let’s say that if in the vicinity you want a little shopping or simply a more well-stocked supermarket, you go there. It has a beautiful lakeside promenade and in the central square it is full of bars, restaurants and very nice places for an aperitif with friends. Honestly I can not tell you if there is something special to visit because in case I miss it, however, if I find it I promise that I will update the post.

Varenna is one of my favorite villages on Lake Como. Born as a fishing village, it is located on the other side of the lake more or less in front of Menaggio and can be reached in just under an hour by boat from Lenno. Turning it all is a must because it has fabulous views and characteristic alleys, it is pure magic. It is also unforgettable to walk along the long lake which is called the “walk of lovers“. If you do it with your loved one it is even more so. Also worth visiting is Villa Monastero, a house museum that has a beautiful garden, the Vezio Castle, the Church of San Giorgio and that of San Giovanni Battista.

Bellagio is located in a unique position, right on the branch of Lake Como, and I think it is the most famous holiday resort in the area. From Lenno it can be reached by boat in half an hour and is surrounded by villas, one more beautiful than the other. However, only the gardens of Villa Melzi and Villa Serbelloni can be visited, the others must be admired entirely from the outside. Villa Melzi stands on the lakefront going towards Como while Villa Serbelloni dominates the town from the top of its promontory. Finally, the archpriest church of San Giovanni Battista and the basilica of San Giacomo are also not bad.

Finally, as regards food, I would like to point out the lakeside restaurant of the Plinio Hotel in Lenno which, in addition to making the best perch risotto in the area, always has an excellent menu of typical dishes. But now, no more chatter, I leave you with some images that certainly make the idea of places and atmospheres better than my words. 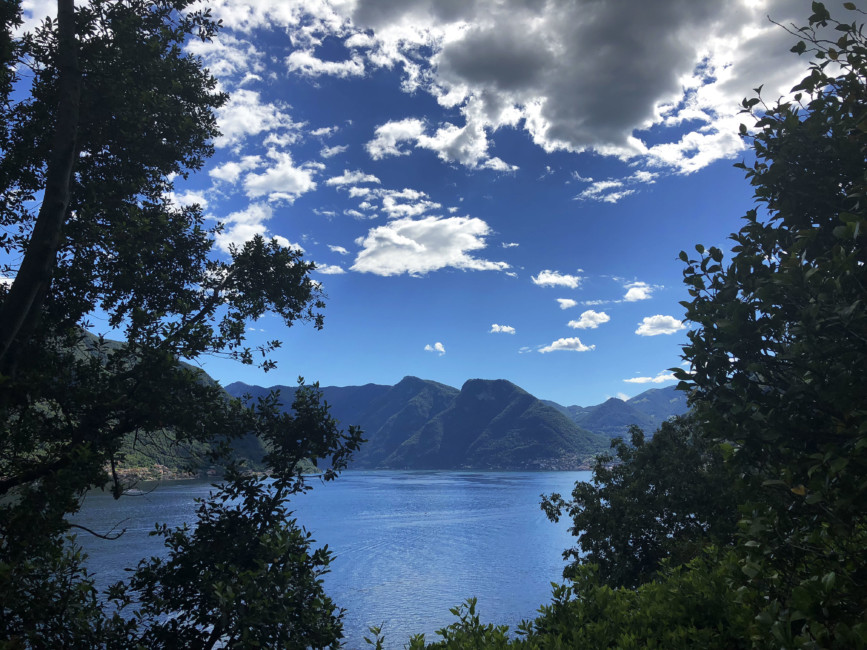 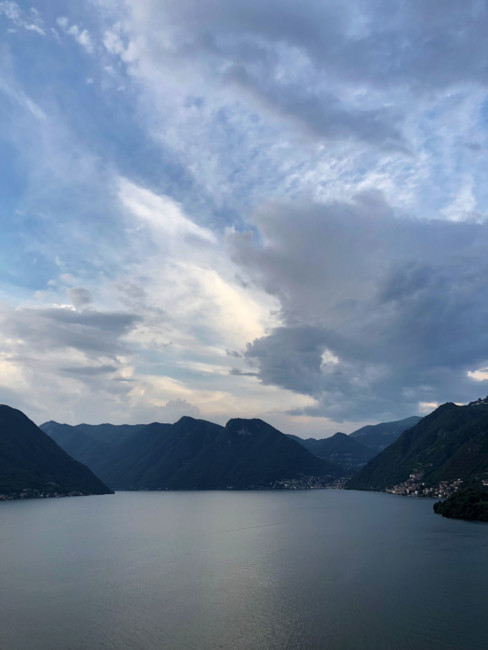 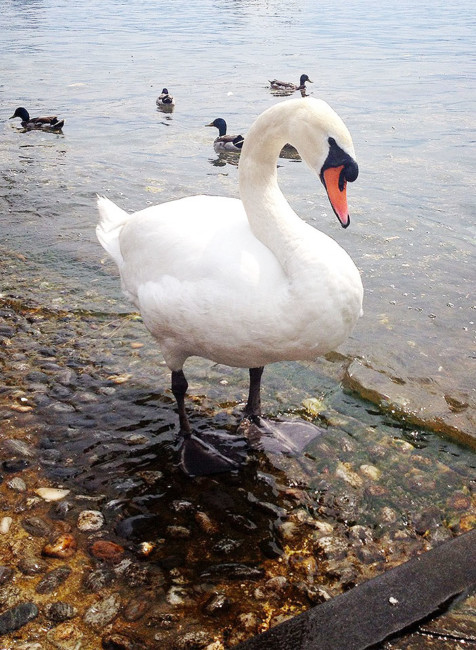 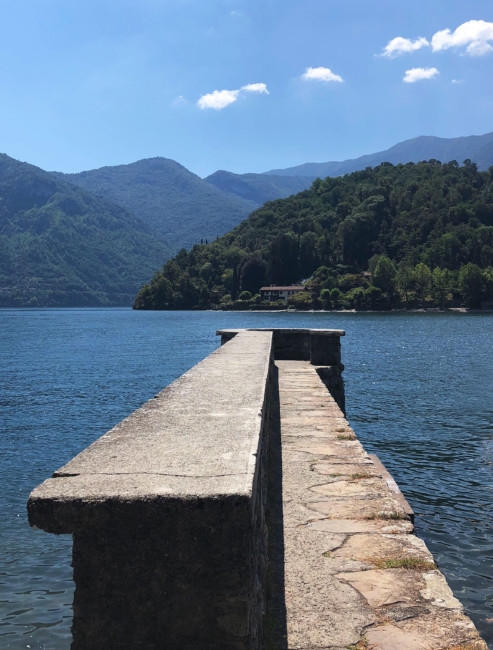 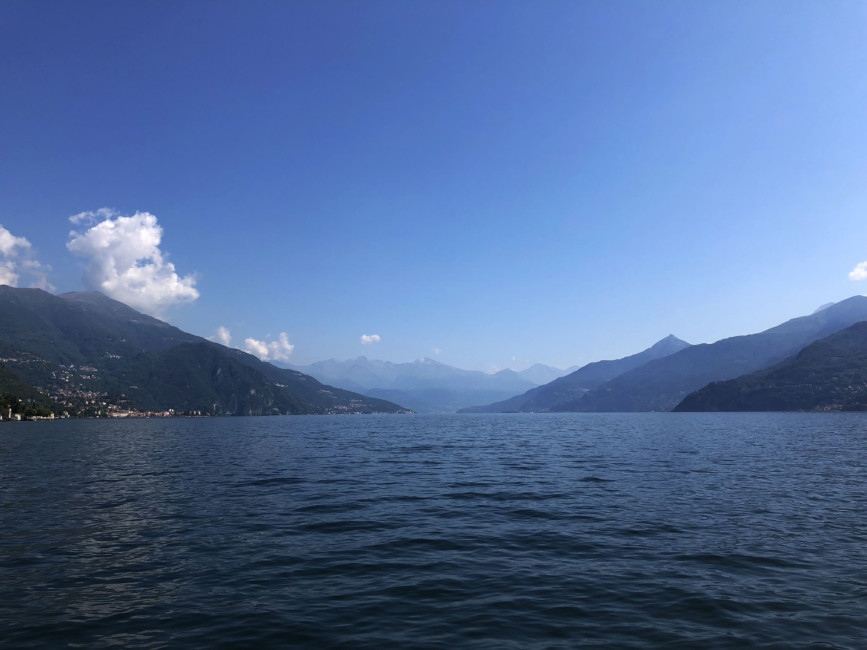 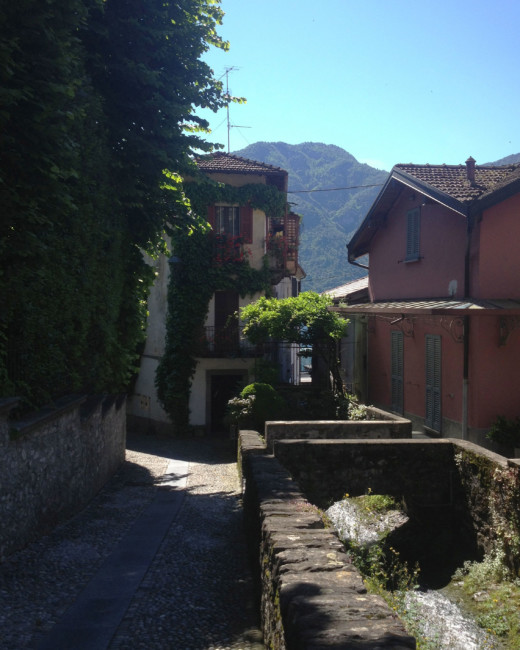 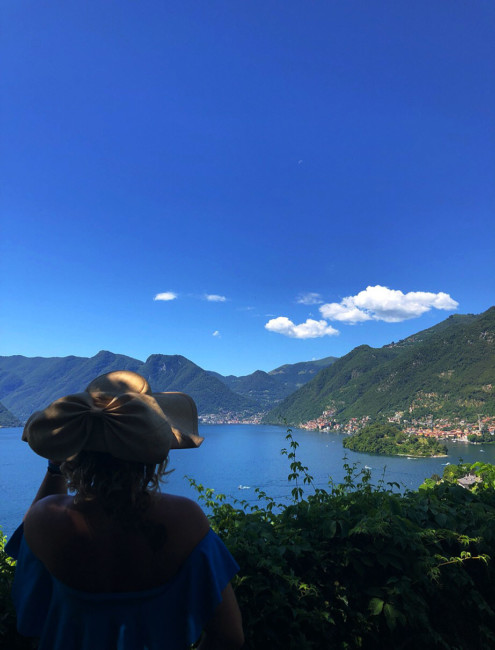 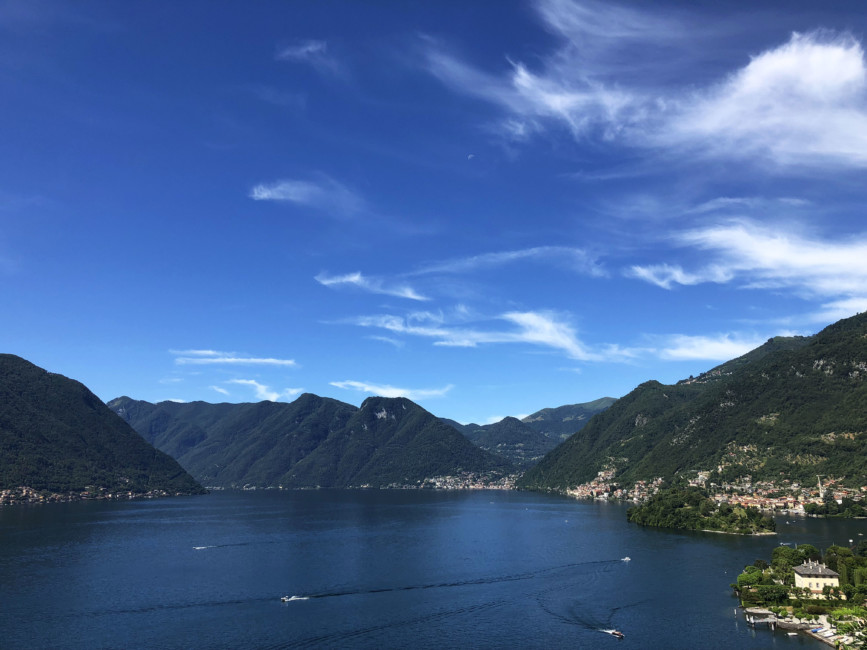 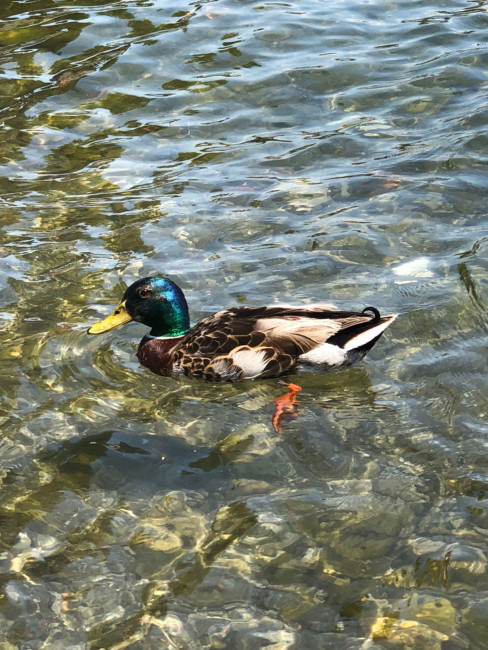 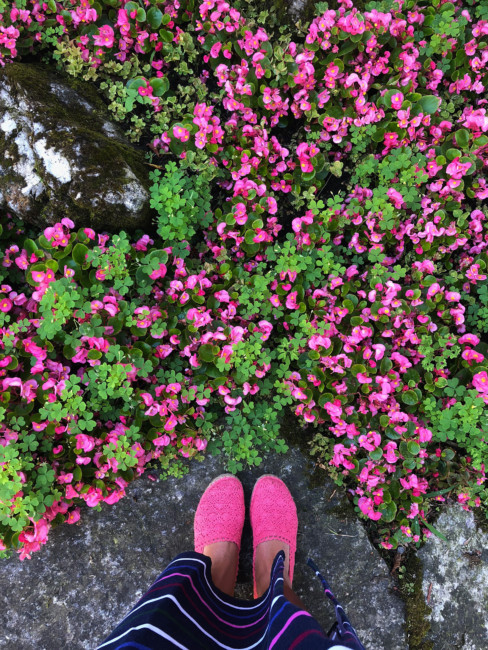 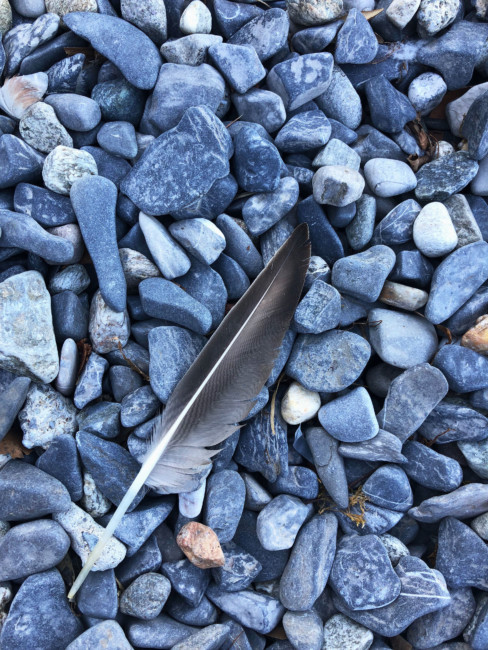 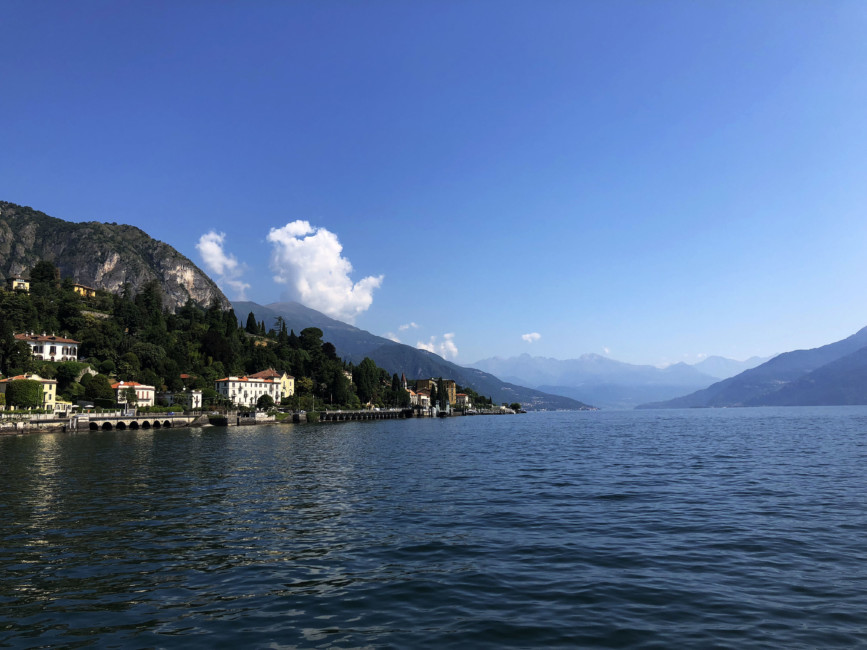 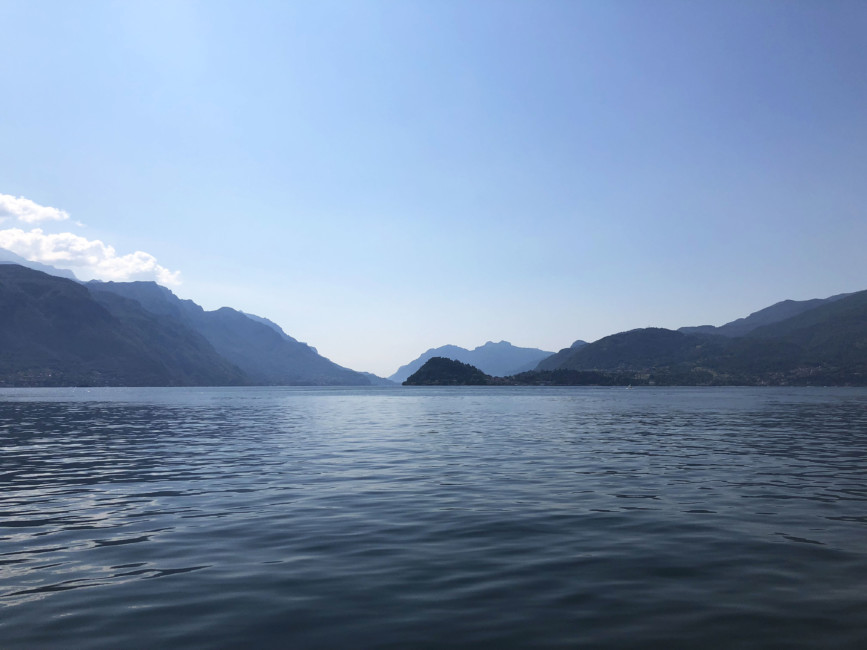 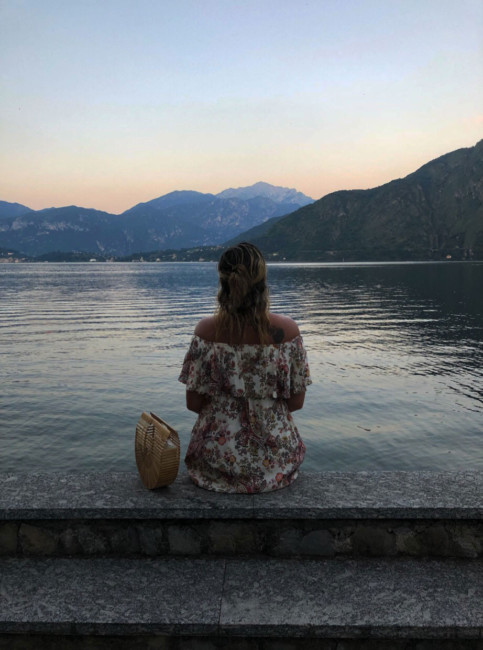 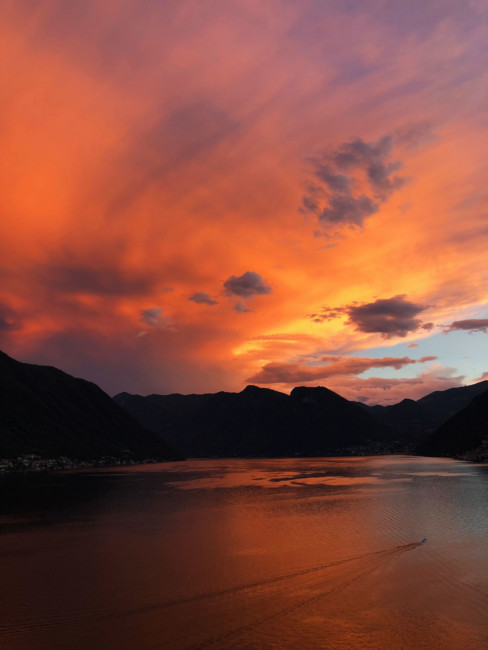 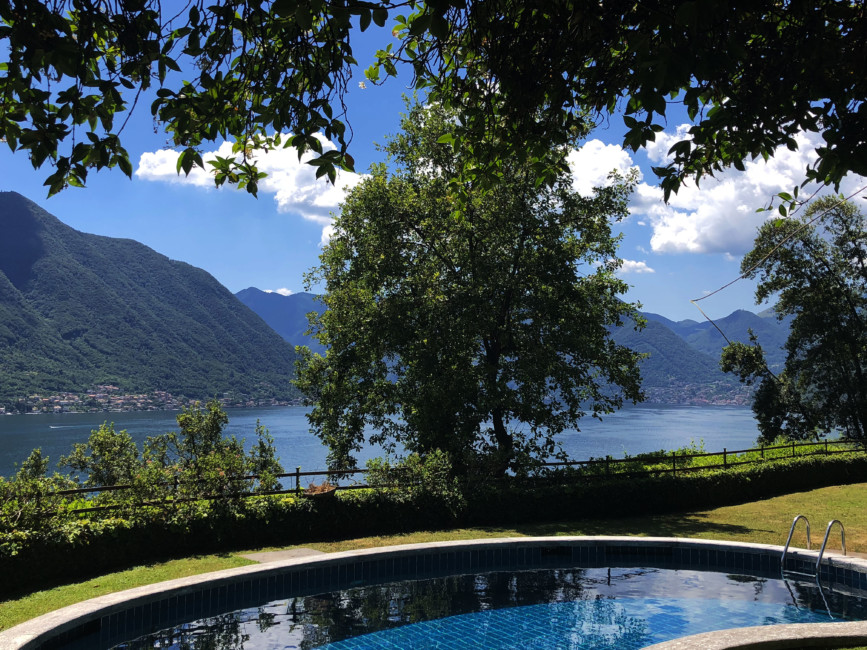 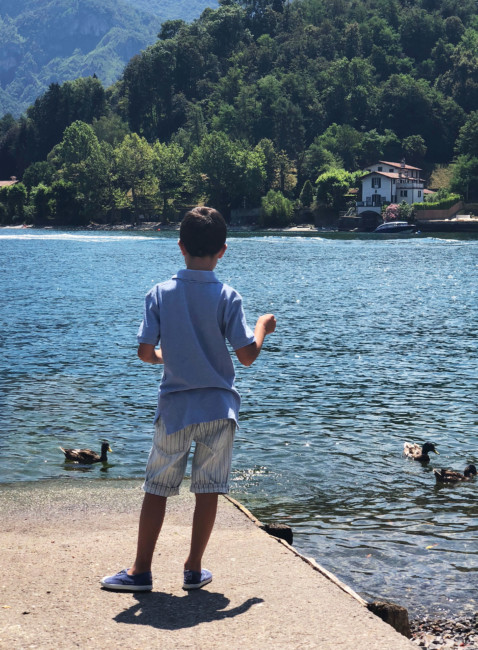 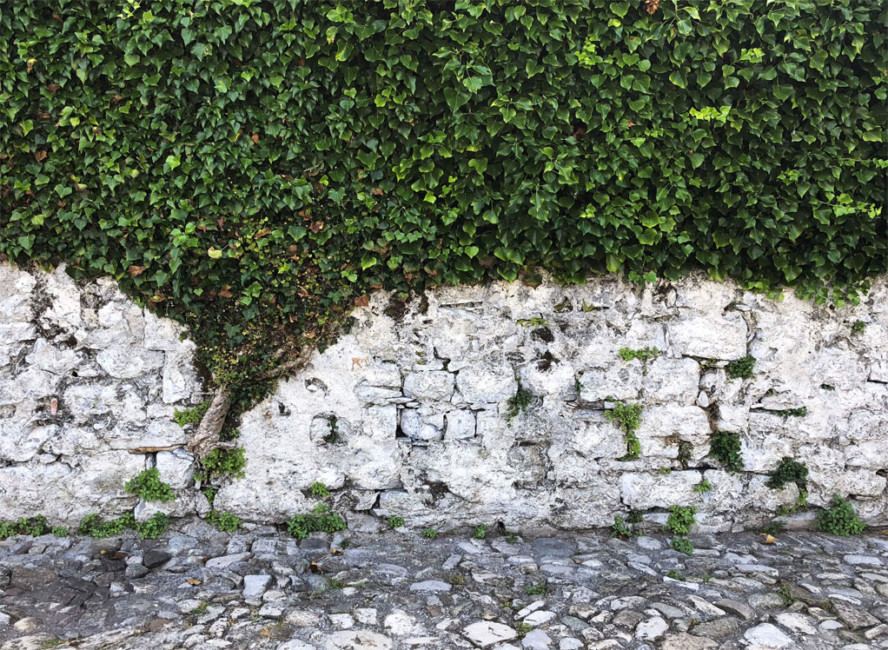 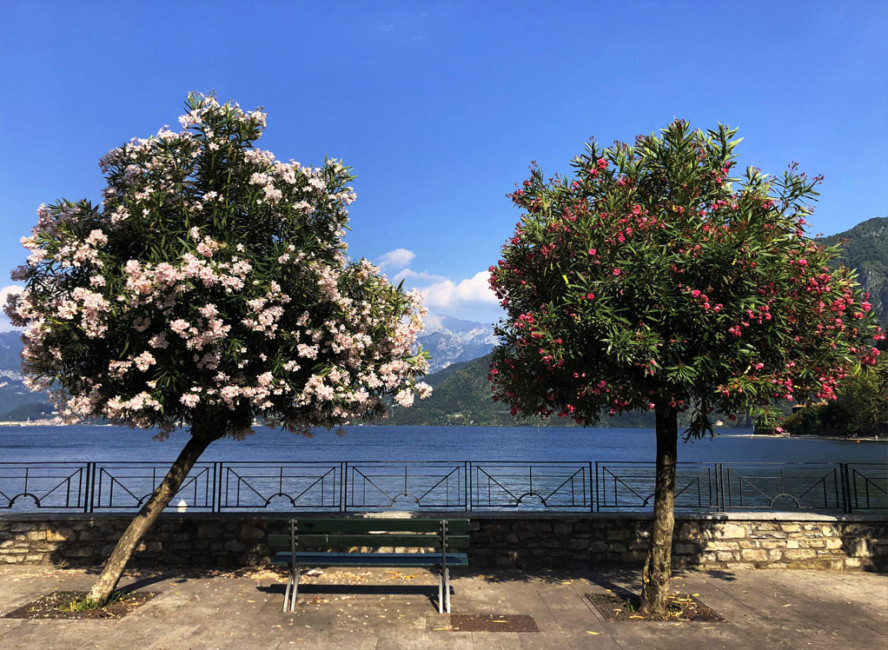 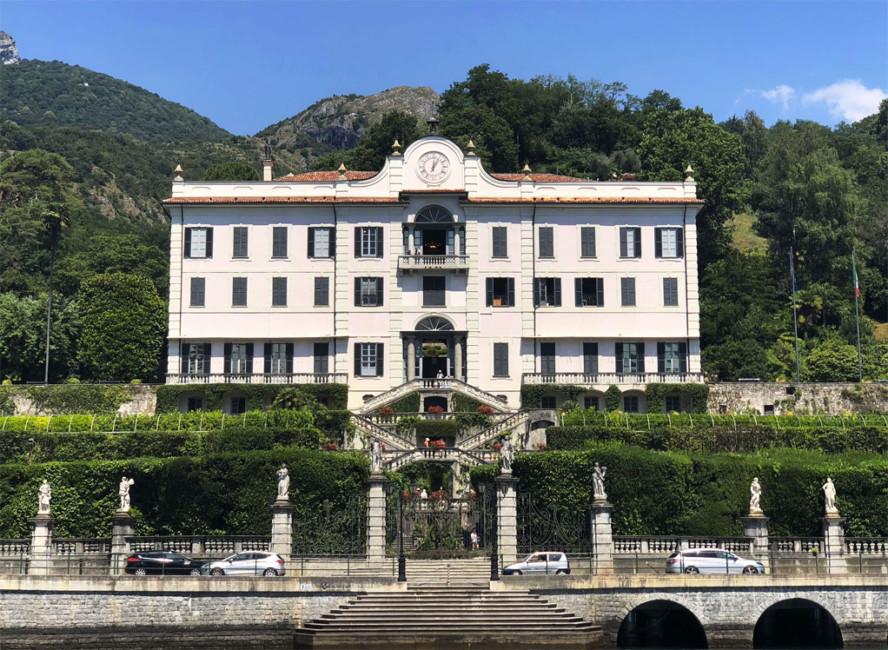 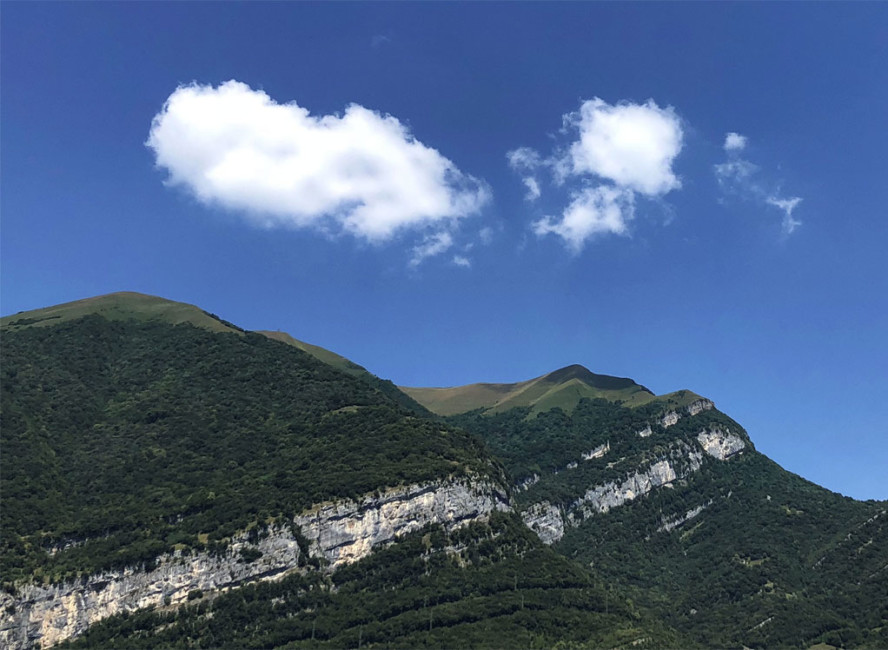 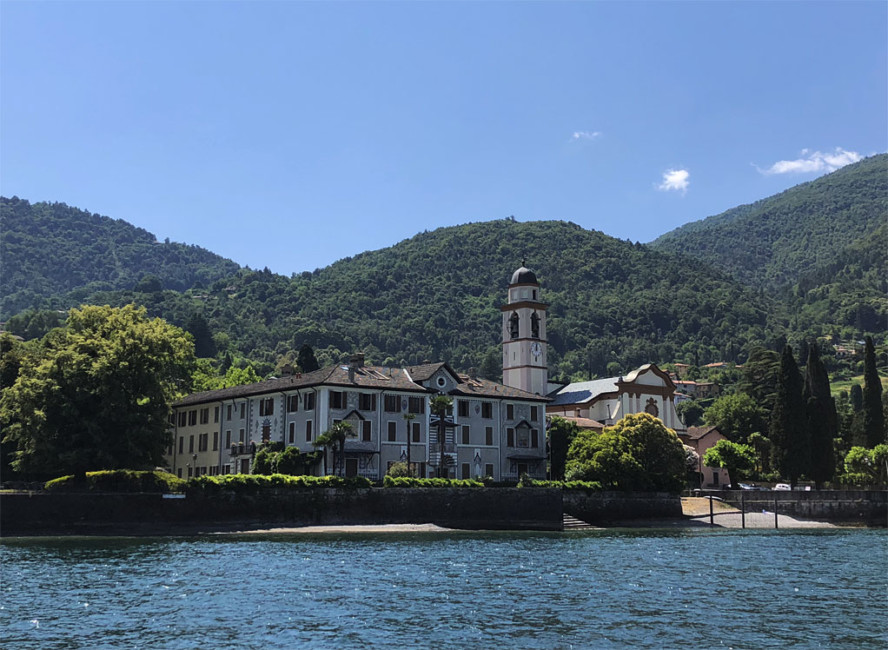 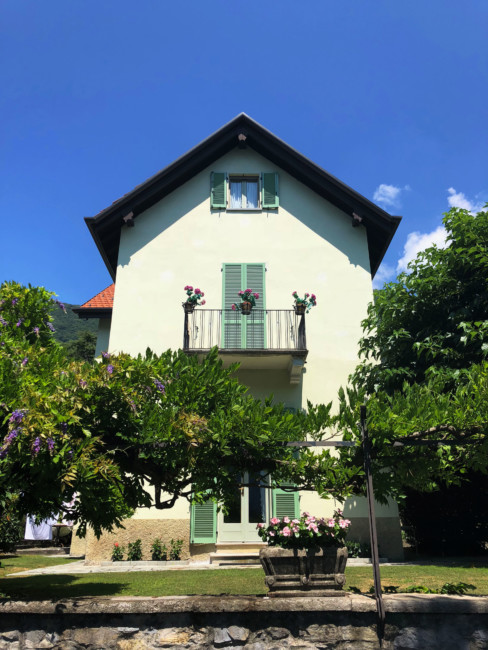 How to set the table: the perfect mise en place

Holidays in Italy: the 10 favorite destinations of the Italians